It’s always exciting when a massive jackpot comes along – and that’s exactly what happened this week on Evolution Gaming’s Dream Catcher spinning wheel game. Read on to find out exactly how much was won, along with our summary of the rest of the week’s live casino news. Including: Evolution’s TV debut, and some limited time promotions from Guts and Genting. 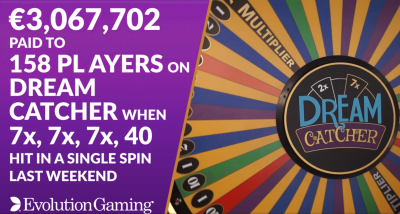 We’ve covered Evolution Gaming’s live spinning wheel title many times on these pages, and foremost among the attractions of this particular game is the potential for massive pay-outs.

Well, for a few lucky players last weekend (the 11th – 12th of November 2018) that dream became a reality. The wheel spun onto the seven times multiplier segment three times in a row, giving a total multiplier of 343x to the players who had bet on the next number the wheel landed on – which ended up being the number 40. A total of 158 players had placed a bet on that number, landing them a massive win of £13,270 for every £1 bet.

We don’t know about you, but just imagining the excitement those players felt as the numbers came up gives us the shivers! Obviously, jackpots like that don’t come up very often – but Dream Catcher remains an exciting game with many opportunities for big wins. And it goes to show that the dream prizes do happen. Will you be playing when these kind of figures come up next?

You can check out Dream Catcher at almost any Evolution Gaming powered live casino. Worth a look also is Casumo, who have their own private version of this game with Casumo branding and offers. Good luck! 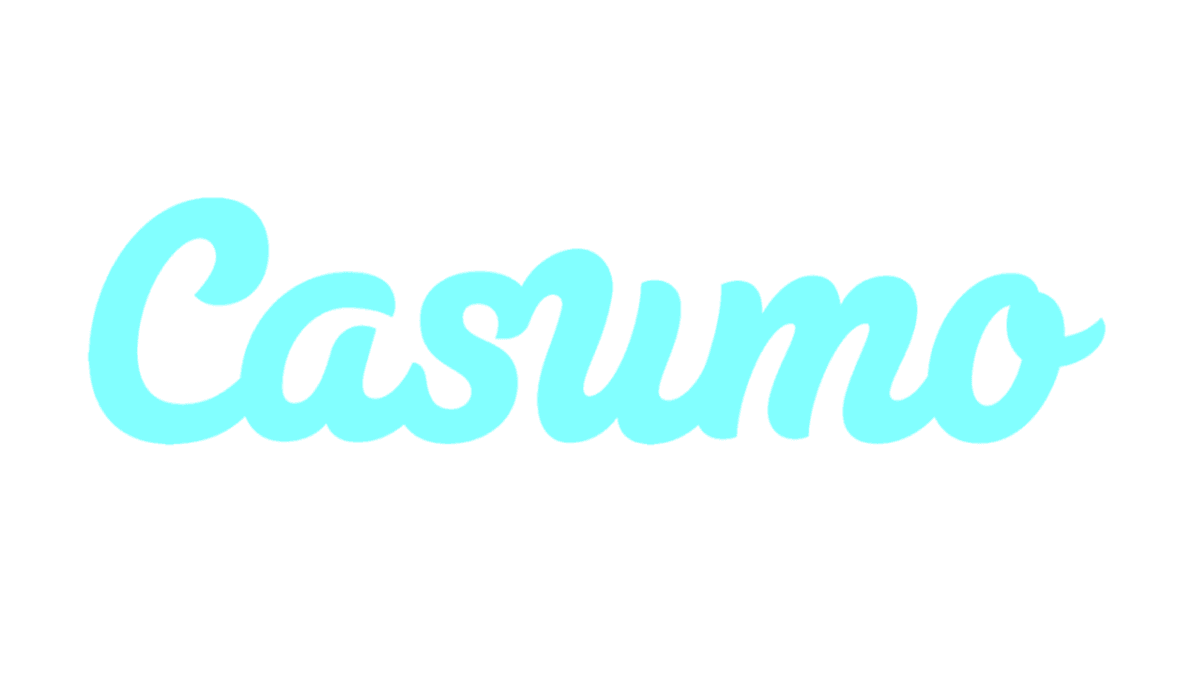 Visit Casumo and try out Dream Catcher today ----->
* T&C Apply to all bonuses. Must be 18+ to participate. Please gamble responsibly. Visit begambleaware.org for more details.

This promotion at Genting has been ongoing since the beginning of August this year, but its soon coming to an end – on the 1st of December no less. So we thought we’d give you a little reminder in case you missed it.

To take part, simply wager £10 on Genting’s Evolution Gaming powered private live blackjack table between the hours of 6PM and 11PM on any Tuesday, Thursday or Saturday during the promotional period. Every shoe during this time will have 30 promotional cards inserted. Draw one, after making a qualifying £10 bet, and you’ll get one or more of three different prizes. These are:

Bonuses must be claimed within two days. The casino bonus has a low wagering requirement of £5 and the sports bet is returned minus the stake (in the event of a win).

The usual Genting bonus rules apply, plus a maximum £500 winnings. Only two bonuses are available per player per day. Visit Genting to find out more – but don’t wait too long or you might miss out.

Party down with Genting live blackjack here ----->
* T&C Apply to all bonuses. Must be 18+ to participate. Please gamble responsibly. Visit begambleaware.org for more details.

Authentic Gaming is best known for its live streaming solutions for physical casinos, such as Foxwoods in the USA or St Vincent Casino in Italy. However, they have recently (on the 14th of November) launched their own live studio roulette title to be based in their new facility in Malta.

This is an upgrade from their previous Blaze Roulette table, which was actually automatically controlled. The new table will be completely run, and spun, by the live dealers themselves – giving an authentic feel to match the company name.

You can play Authentic Gaming roulette titles at many online casinos, but we recommend Codeta, Casino Estrella or Lucky 31. They also recently acquired a UKGC licence, meaning their games are now legally available to British players. Hurrah!

Not content with being the top live casino developer in the business, it seems Evolution is now moving into the television market as well. In a new deal, Evolution powered live games will be broadcast nightly during the Circus TV show on Belgian TV channel Medialaan Q2.

Players can play online using their smartphone or tablet, while sat in front of the TV. The channel can also be viewed on popular streaming platform Twitch. The deal was brokered with Belgian operator Ardent Group, who run 30 or so casinos in the European nation as well as online sites 777.be and PokerStars.be.

Featuring a TV personality pit boss and Flemish speaking live croupiers, players can choose to play at either speed baccarat and roulette tables. Both live studio guest gamblers and online players will be catered for. The show already airs every night from 12-3 AM, with the transition to Evolution’s tables coming some time in the near future.

Another promotion that started a while back but is ending soon, for the next twelve days UK based players at Guts Casinos‘ NetEnt powered live blackjack or roulette tables can bag great prizes just for playing normally. There are six promotions, one for each weekday plus the weekend, which are as follows:

These promotions run 24/7 and are restricted to one prize per day, except Wednesdays (four times) and Thursdays when you can win all three prizes – if you are extremely lucky. With only twelve days to go, if you haven’t checked out Guts Casino yet then now might just be the time.