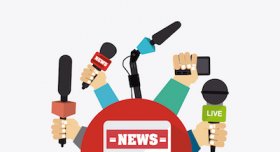 Welcome to the second edition of our weekly live casino news roundup, featuring stories from the biggest developers, casinos and industry figures around. This week we cover an awards ceremony, a few product launches and some great new Halloween offers from top casinos such as Betsson.

Slightly lower key than their glitzy main awards show, held in July, an E-Gaming Review Operator Award is nevertheless a respected and prestigious title for casinos and other industry figures. Hosted at Grosvenor House in London on Friday the 26th of October, 2018’s show saw over 800 leading player’s in the iGaming world in attendance. Collectively, over 20 separate awards were handed out. Just some of the winners on the night include

The much-coveted Operator of the Year award went to GVC Holdings, whose casinos include Ladbrokes, PartyCasino, bwin and Foxy Casino. GVC also runs PartyPoker, who scooped Poker Operator of the Year over the world-renowned PokerStars brand. Their director, Tom Waters, was on hand to collect the award and said, ‘everyone in the team has worked so hard to get our site to where we are now and we are excited about how we can now take it to the next level.”

In terms of Live Casino developments, Evolution Gaming picked up Game of the Year for their exciting Lightning Roulette title. Mixing Random Number Generator gameplay with traditional roulette, as well as an up-tempo score and hosting style, this game really shook up the Live Casino scene on its launch and has become a popular staple at most Evolution powered live casinos.

The E-Gaming Review is a global content and news provider for the gaming industry and is an extremely respected publication. They have been hosting industry awards ceremonies since 2009.

Get your pulse racing this Halloween season, with some exclusive promotional deals from Betsson. Their three offers, starting on the 26th of October and ending on the 21st of November, are available on their exclusive Evolution live tables only and have the following rules:

With all those reasons to play, Betsson’s live casino is certainly looking like a thrilling prospect to while away some time indoors away from shouting trick or treaters. Find out more about these promotions here!

Prominent UK casino chain Genting is no stranger to exclusive deals with premier live casino developer Evolution Gaming, and they continued that partnership last week with the launch of their new collaborative product. Hot on the heels of the reopening of their flagship London casino, The Palm Beach in Mayfair, they’ve launched a new dual-play table for both land-based customers and online players.

Rob Holdinott, of Genting UK, said: “This is our third Evolution Dual Play table installation across our UK casino estate. Players at Genting Manchester and Resorts World Birmingham love the idea of being able to play at a favourite on-premise table even when they are unable to be at the table in person. We are equally confident that our discerning clientele at The Palm Beach will take the dual-play convenience of Roulette Live Mayfair to their hearts.”

Encouraging both physical and online players to cross their respective arenas can only be a good thing for both parties, and we’re excited to see where the two companies will head with this technology in the future.

Not long after re-hauling their loyalty system for their Spanish fronted site Betsson.es, the Swedish company has proved they are not done with their efforts in the Iberian market. This week, they completely relaunched the User Experience Interface for Spanish mobile players – along with a few quality of life changes for the desktop site.

The new update aims to ensure the product is ‘simple, fast and exciting for all users’, and includes a redesigned menu system with increased search functionality – so players can find the games they want to play, quickly. A laudable aim indeed, but only time will tell if these efforts have a positive effect on the company’s reputation amongst Spanish gamblers. 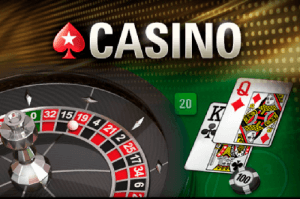 Leading Poker room providers, The Stars Group, has been working with Evolution Gaming since 2015. The European live casino developer already provides live games for Poker Stars’ Live Casino in their home continent, and has now extended that deal to cover the launch of the Poker Stars Casino site in the legal US market of New Jersey.

“The immediate popularity of our Live Casino tables at our Atlantic City studio has exceeded even our high expectations. I am confident that PokerStars Casino New Jersey’s customers will be drawn to Live Casino and enjoy the thrill of playing at our wide range of Live Roulette, Blackjack and Baccarat tables,’ said Evolution’s Business Development Director, James Stern.

Also available at PokerStars’ NJ live casino is Evolution’s exclusive Dream Catcher table and their new award-winning Lighting Roulette game. In fact, Evolution recently launched a live casino studio in Atlantic City too – so confident they are that they will succeed at bringing their popular products to American players.