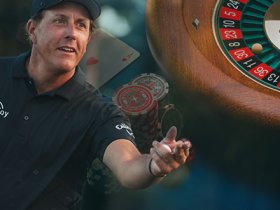 It’s easy to associate celebrities with the glitz and glamour of high-stakes online casino gambling.

We like to imagine that the rich and famous like to get together with other, fabulously wealthy and renowned individuals for casino outings the likes of which mere mortals could never aspire to!

And to be fair, it does seem that some industry moguls do indeed rub elbows on the felt with other titans, either for charitable causes, to increase their own profits and notoriety, or just for the thrill of the game!

There are also stories of incredible gambling prowess possessed by people with already outstanding abilities. Just because a person is famous, doesn’t mean they can’t also be a skilled player.

Unfortunately, there are other kinds of stories out there…

… one where the star in question is a bit of a wild child. There are some wins, some losses, and some stories that could be construed as problem gambling – but there’s never a dull moment!

And that is the story of Phil Mickelson, one of golf’s all-time greats and the proud owner of a truly outsized personality.

Compared to the wealthy spheres of high-level golf, Mickelson’s beginnings were humble.

His father and grandfather loved the game, and his dad took charge of young Phil’s golf development. Such is the extent of paternal influence: Mickelson is known by his nickname, “Lefty,” as he plays the game left-handed… but he’s otherwise right-handed! It’s just that his father plays left-handed, and taught his son the same way. 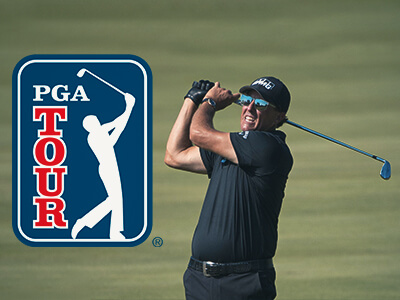 Phil distinguished himself with top-tier gold play at every level. He attended Arizona State University on a golf scholarship, and won three NCAA championships there, taking the Haskins Award in three consecutive years. He also won over 16 tournaments while in college, including the US Amateur championship (he is the first left-handed player to do so).

HIs professional career began in 1992. From the first, he showed a remarkable theatricality in everything he did, making headlines with his antics again and again.

While his behavior has drawn plenty of notice, with “Phil being Phil” has become a watchword in the game of golf, his play has spoken even louder.

With 5 Major Championships, lifetime winnings of over $92 million, and 44 total PGA wins – two of which came in 2020 – Lefty has enshrined his place in golf lore. And at age 50, he shows no signs of slowing down!

Throughout all of his impressive career trajectory, stories of his gambling habit have circulated widely. Many of them have been related to sports betting.

Though nothing has been ‘officially confirmed–’ if they were to be confirmed, Mickelson would have to be banned from all PGA events per the official rulebook – some of them are quite impressive.

For example, Lefty is rumored to be part of a group bet placed on the Baltimore Ravens before the 2001 NFL playoffs. The odds were 28:1, but Ray Lewis and company won the Super Bowl, and the group won a handsome $560,000 as a result!

That same year, a similar bet went Mickleson’s way: a 38:1 wager on the Arizona Diamondbacks to win the world series. Randy Johnson led the team to a championship, which meant another big win for Lefty. Impressive stuff! 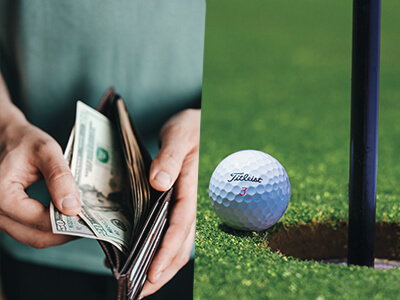 Part of “Phil being Phil” seems to include friendly or semi-friendly (or a bit less-than-friendly) wagers on the game itself.

One particularly cheeky story comes from St. Andrews, in the UK, where Mickelson played a practice round with Dustin Johnson and Nick Watney. The three decided to place a bet: the player with the lowest score would pay the player with the highest score a thousand bucks.

As it shook out, Mickleson won and Watney lost. When it came time to collect, however, Lefty raised the stakes: he insisted that, since they were playing in the UK, the bet must be paid not in USD but in GBP.

At the conversion rates of the day, this raised the payout from $1000 to $1700. Though profitable, the move would be considered disrespectful by most, especially from a guy who absolutely does not need the money.

A complicated legal challenge came Mickelson’s way from 2014 to 2017, when he was named as part of an SEC indictment against insider trading.

The trades in question were related to purchases of stock in Dean Foods, days before a spin-off announcement sent stock prices soaring. The players included notoriously successful sports bettor Billy Williams, as well as his friend, a former Dean Foods company director Thomas Davis. Though Mickelson denied and was cleared of any wrongdoing, the trail revealed some unsavory business.

First of all, in order to resolve the matter, Mickelson was disgorged of $931,000 profit from the trade. He also agreed to pay prejudgment interest of $105,000.

Second, it is now widely believed that Mickelson’s involvement in the whole affair was designed in order to resolve gambling debts of approximately $2 million he owed to Walters.

Clearly, Lefty is willing to play for some high stakes indeed!

By the standards of rock stars, the behavior of Phil Mickelson wouldn’t quite be enough to make headlines.

In the genteel world of golf, however, stories like these make for bona fide bad boy status.

With a net worth estimated at $400 million, it’s clear that Lefty can afford to make big wagers, whether he wins or loses.

Regardless of what comes next, one thing is for certain: all kinds of misadventures happen in the name of ’Phil being Phil!’ The whole world – golfers, gamblers, and everyone else – is excited to see what he does next.