Successfully operating online since 2016, Sportsbet.io Casino was launched primarily as a sportsbook destination in crypto. With time, however, it significantly expanded its library of live dealer games, which is currently second to none in terms of diversity.

The website belongs to the CoinGaming Group, which was established in 2014. After Sportsbet.io, the company launched several other successful websites. The debut of the reviewed platform was a huge success. Immediately after being established, it scored prestigious nominations as the Rising Star in 2016 and the Slots Operator in 2017.

The content is adapted to a number of languages, including Turkish, Spanish, Portuguese, Chinese, English, Russian, Japanese, and Thai. Gaming is browser-based and available from desktops and portable devices. Live games are delivered by more than four studios. Over 30 studios contribute to the selection of non-live releases.

As for the Sportsbook, it has 100s of events to choose from, with pre-match and in-play types of bets both available to the users. Plus, fans of sports will be able to claim a special welcome promotion, as well as seasonal and ongoing deals. 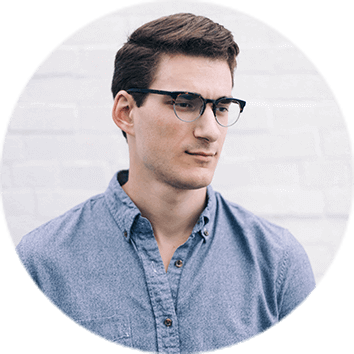 Sportsbet.io is definitely one of those casinos you cannot leave unnoticed if you are an avid fan of live dealer games. Their collection of live roulette, blackjack, baccarat, and table pokers is truly massive. Plus, they have lots of other perks, including convenient banking, an assortment of regular and digital currencies, and low risks of non-payments.
James Hoarden
Professional Live Casino Reviewer

Get ready to immerse yourself in 200+ live dealer games from the best studios in the industry. Contributing to the live table are brands like Asia Gaming, Evolution Gaming, Ezugi, SuperSpade Games, OneTouch, eBet, and Lotus Gaming.

Evolution’s collection of games is the biggest one, followed by some 40+ tables from Asia Gaming and around 30+ tables from Ezugi. Among others, you will be able to enjoy:

The benefit of having many content suppliers is that each contributes its little selection of native tables to the pot, which forms a big selection of options for players. Enjoy live games in Hindu from Asia Gaming, as well as all sorts of language adaptations for roulette from Evolution Gaming. The list includes Turkce Rulet for Turkey, Rouleta en Vivo for Italy, Deutsche Roulette for German-speaking players, as well as versions in Japanese and Russian.

Each of the represented studios has a convenient mobile adaptation for its games. So, you will be able to load the releases quickly while on the go, be it a tablet or a smartphone.

The collection of non-live games is just as impressive as that with the live tables. There are more than 30 great studios, including Microgaming, Booongo, Net Entertainment, BetSoft, Booming Games, Endorphina, TrueLab, Genii, Oryx, Ganapati, and Indi Slots.

These and other creators available at Sportsbet.io, are particularly good at slots. So, get ready to enjoy a diversity of classic and progressive reeled adventures, as well as video slots with different themes and leading characters.

Among others, the collection features Lucky Lion by OneTouch, Book of Dead by Play’n GO, Larry the Leprechaun by Wazdan, Gonzo’s Quest Megaways by Red Tiger, White Rabbit by Big Time Gaming, and Dead or Alive by Net Entertainment.

Plus, you will be able to pick and choose among non-live table games. The list includes roulette with variations like American, European, la Partage, English, Crystal, Multi-Wheel, and Auto. Blackjack is represented by Double Exposure, Single Deck, and Vegas Strip, among others.

There are plenty of promotions at Sportsbet.io. However, the vast majority of them are for Sportsbook fans. A few ongoing deals are also available to slots fans, and the list includes tournaments and offers for specific software.

Live dealer promotions may occasionally land with promotional mail, should you choose to remain subscribed.

There are also rewards for regulars. The VIP Club has lots of benefits, including invitations to prestigious events, personal managers, unique promotions and getaways, and so much more.

How does Sportsbet.io Casino compare to other live lobbies?

Definitely, a go-to destination for high rollers, the lobby has lots of live dealer games with high stakes and high payout odds. Plus, it is perfectly equipped to meet the international gambling audience due to lots of native tables.

How can I claim a welcome bonus at Sportsbet.io?

Create an account, verify it, and submit the initial deposit to qualify for a starter deal. Keep in mind that by the time you register, there may only be a welcome for Sportsbook.

Are there any no-deposit bonuses?

We did not find this type of promotion among the current offers. On the other hand, it may be available to subscribed and registered players.

Which is better: gambling in crypto or fiat cash?

Depending on whether you’d like to keep your cash circulating online or offline, you might go for either. Digital currencies are always cheaper if they are kept in the virtual space as there are no deposit or withdrawal fees. For wins in fiat cash, there are more ways to spend them online and offline.

How safe is Sportsbet.io?

This online platform was acknowledged by the community and nominated for prestigious industry awards. It has a license, a reliable owner, 24/7 support, encrypted transactions, and lots of positive responses online.

Reasons to Register at Sportsbet.io Casino?

Deposits and withdrawals in an array of cryptocurrencies make this a fast-paying platform with low transactional fees.
Regardless of your favorite live game, it will most probably be available in the huge lobby of the online operator.
Enjoy an array of promotions on Sportsbook, this list of deals is one of the biggest online.