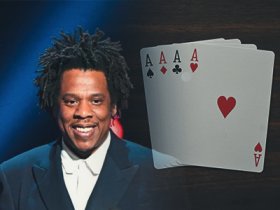 Online casino gambling continues to delight players of every stripe, from every corner of the globe.

It’s not just average Joes and Janes who are getting on the action: some of the world’s most famous citizens are taking part too! The name of one noted gambler will be especially familiar to hip hop fans all: Jay-Z.

Once a rising underground hip hop artist from Brooklyn, New York, Jay-Z is now every bit as much an American icon as Michael Jackson, LeBron James, or any other household name.

It doesn’t matter whether you know him best from his early albums Reasonable Doubt and The Blueprint; his first mega-hit Hard Knock Life (Ghetto Anthem); collaborations with fellow music legends The Notorious B.I.G., Mariah Carey, Sir Paul McCartney, U2, and Kanye West; his notable philanthropy; his drug-dealing early life; his business empire, with holdings from Roc-A-Fella records to high fashion to sports management to music streaming to the restaurant industry; or maybe from his glamorous marriage to global superpower Beyoncé. The point is: you know him.

But a lesser-known fact about this living legend is his passion for casino gambling!

It’s clear that his interest in gaming runs quite deep, going well beyond a personal preference. One recent gala for his charity, the Shawn Carter Foundation, was set at the Hard Rock Casino and featured a high-stakes blackjack tournament.

In fact, a short video of one wager from that tournament, in which the rapper Yo Gotti lost $500,000 on a single bet, went viral in no small part because of Jay’s massive reaction to the gaming outcome. It’s a moment all experienced gamblers will be able to relate to – the gigantic adrenaline rush of watching an unforgettable wager unfold in real time.

If there were any doubt as to whether the great rapper’s interest in gambling was genuine or posturing for the media, this video should resolve it! 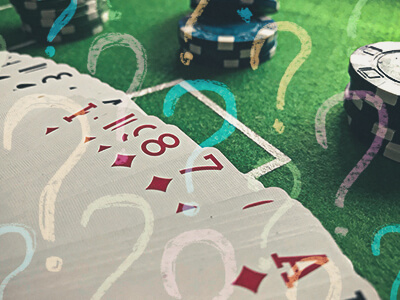 So when a billionaire hip hop mogul hits the tables, what kinds of games does he play?

By his own admission, Jay-Z prefers to play high stakes blackjack when playing live, as well as online poker when the situation doesn’t allow for a trip to a brick-and-mortar casino.

Clearly, players with net worth in the eight figures have other gaming interests from the rest of us. But the appeal of the game is the same!

Artists have to spend a lot of time far from home, often under stressful circumstances and on a tight schedule. Performance tours, rehearsals, award shows, and meetings all mean being far from home. It can be a challenge to unwind and de-stress under such high-pressure circumstances. As such, online gambling can provide a popular way to decompress at the end of a long day.

Perhaps that’s why so many rappers love to gamble: other noted hip hop bettors include Meek Mill, Young Thug, Diddy, 50 Cent, Nelly, and Drake have all made headlines as high rollers in recent years.

It’s doubtful, though, that any of those famous names can approach Jay-Z’s prowess at the tables. He stated in 2008: “I’m a pretty big, almost professional gambler.”

In the sometimes violent world of hip hop, Jay-Z has never been one to make news for the wrong reasons. Nevertheless, he has been the subject of some gambling stories that would give even the most experienced casino denizens a run for their money!

According to reports from 2009, the rap mogul lost just short of a million dollars on a single hand of poker while playing in Las Vegas!

That might not scratch the surface of his considerable personal fortune, but there’s not a human being in the world who can take a loss like that without feeling the sting of it.

It certainly puts a different spin on that video where Jay-Z watches Yo Gotti’s ill fortune at the blackjack tables. He knows exactly what a loss like that can feel like!

Blueprints for the Future 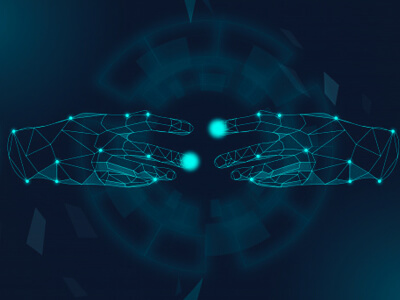 For a businessman with such diverse interests as Jay-Z, it’s impossible to predict what the future will hold. There has been considerable speculation, though, that he might bring his passion for the game to the other side of the tables, by becoming a major stakeholder in casino groups.

We wouldn’t be at all surprised to see this happen. When a man born to extreme poverty becomes a billionaire, making his mark in dozens of industry sectors in the process, the sky really is the limit.

in the meantime, if you happen to find yourself across the poker table from Beyoncé’s husband, don’t underestimate his prowess. His stack of chips has grown astronomically since his youth, and he wouldn’t hesitate to add your contribution to his bankroll!