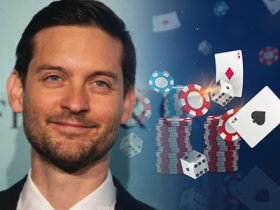 Hollywood is rife with sad stories of celebrities who have made it big and lost it all thanks to overindulging in vices, partying too hard, struggles with addiction, and the like.

It’s a problem with professional sports, too! It seems that every week there’s another story about a former millionaire who lost it all.

In stories like that, gambling often plays the role of the villain. For people as diverse as basketball stars Charles Barkley and Allen Iverson, actor/producer Ben Affleck, and disgraced icon Charlie Sheen have seen their personal fortunes suffer greatly because of a gambling habit.

There is another kind of Hollywood gambling story, though…

… one where the star in question doesn’t suffer because of their interest in gaming, but profits from it instead.

And that’s precisely the story of actor and poker extraordinaire Tobey Maguire.

The online gambling sector may have international reach, but it still can’t hold a candle to the massive footprint claimed by Hollywood.

The stars of big-budget films find that their faces are known all over the globe. The scale of marketing and merchandising campaigns is truly astronomical. And for a dozen or more years, Tobey Maguire was one of the biggest stars on the planet.

First making his presence felt in understated, sensitive leading parts in films like Pleasantville, Wonderboys, and Cider House Rules, the California native expanded to titles of blockbuster, mega-scale with roles in Seabiscuit and The Great Gatsby.

Perhaps most famously, he played the arachnid-infused hero in the director Sam Raimi’s Spider Man trilogy.

By that point, Maguire had cemented his status as a household name and a bona fide star, as well as a multi-millionaire. But he wasn’t done yet. 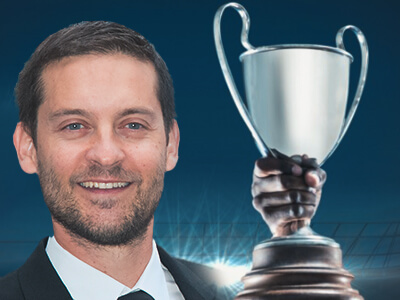 While all the world focused on his successes on the big screen, Maguire was amassing massive wins behind the scenes.

He took his poker journey seriously, enlisting no lesser teacher than the great Daniel Negreanu to show him the ropes.

By all accounts, he was an apt pupil indeed. After honing his skills, Maguire began organizing high-stakes games featuring some of the world’s most famous and wealthiest figures. These ran weekly from 2005–2009, and included household names like Leonardo DiCaprio, Ben Affleck, Matt Damon, Cirque du Soleil founder Guy Caliberte, and billionaire businessmen Alec Gores, Andy Beal, and Kevin Washington.

According to a book written by the weekly game’s co-founder Houston Curtis, Maguire increased his wealth by millions upon millions of dollars, feasting on the well-monied, inexperienced competition. At one point during this time period, the actor claimed that $10 million in poker winnings per year were a reasonable expectation.

A fly on the wall would have witnessed some truly wild goings on in those games!

We Know This Much is True 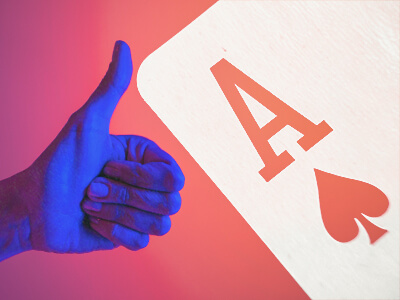 Though few confirmed stories about Maguire’s poker prowess have come out in the intervening years, one has been confirmed by court documents. In 2011, CNN reported that Maguire had to go to court in order to hold on to his considerable poker winnings.

What was going on here? Plenty of stars have ended up in court because of gambling, but usually losses are the cause, not winnings!

It turns out that your friendly neighborhood spider man had won over $300,000 in a high-stakes poker game… only to learn that the money his opponents had lost to him had been ill-gotten: specifically, it was stolen from investors in an illegal Ponzi scheme. He had to settle out of court in order to keep some portion of his profits!

Though Maguire usually plays sympathetic characters on screen, there is reason to believe that his real personality at the tables is downright cold-blooded.

Molly’s Game, one of the most popular poker movies of all time, is a fictionalized account of a memoir of the same name written by Molly Bloom.

An organizer and dealer at those private, high-stakes, weekly games, Bloom paints a very unflattering, borderline psychopathic picture of Maguire. In the movie adaptation, the Maguire character is called “Player X” and portrayed by actor Michael Cera.

If the memoir is to be believed (and we do believe it), Maguire did some nasty business indeed. Player X repeatedly takes advantage of other people in the film, at one point claiming that he “enjoyed ruining people’s lives.” He tried to induce Bloom to climb up on the poker table and “bark like a seal” in exchange for $1000, in a would-be humiliating power play that fails miserably.

Worst of all, he essentially double-crosses Bloom, stealing the game’s producer role away from her simply because he can, even though she needs the money and he doesn’t. And that doesn’t even get into the dirty deeds he does with his so-called friends and fellow players at the table.

All of this suggests that, no matter how strong a poker player he may be, the role closest to the personality of real life Tobey Maguire might be “Evil Peter Parker” from Spider Man 3.