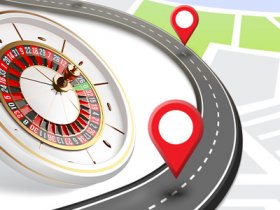 The world of live table roulette is an exciting one! Never before in history has so much gaming opportunity been available so easily, with in such variety. Players can be forgiven if they find themselves wanting to jump right in.

But wait! Before partaking in the pleasures of modern online casino Roulette, new players should take a moment to learn the language of their new passion. More than in many table games, Roulette has a whole argot with which new players should at least be somewhat acquainted. A misunderstanding could be expensive indeed!

Keep this page open during while exploring new options, and refer back as many times as necessary to avoid confusion.

Action – The total amount of wagered dollars over a given period of time. Usually kept track for bonus comps and loyalty programs.

Backtrack (aka Ball-track) – The outer, stationary rim of the roulette wheel where the ball is spun.

Bankroll – The total amount of money a gambler has set aside to play with.

Biased Numbers (aka Big Numbers) – Numbers on the wheel that statistically hit more often than standard variance proven over a long-term analysis.

Biased Wheel – An imperfect wheel that causes certain numbers or sections to be hit at a higher rate than normal.

Black Bet – A wager that the next number will be black. 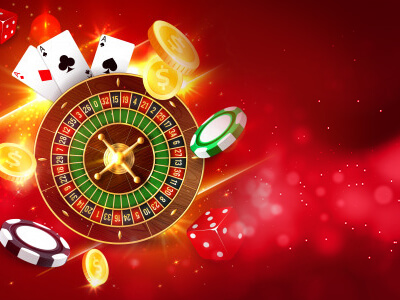 Bottom Track – Is the slanted, stationary, inner area of the roulette wheel. The roulette ball slides down the bottom track before bouncing into the wheel head and pocket.

Boule (La Boule) – A simplified, fast version of Roulette found in French casinos. The game features a table and wheel with only 9 numbers and 3 different colors.

Cancellation Betting System – A betting system using a series of numbers that cancels numbers after winning a bet and adds numbers after losing a bet.

Capping a Bet – Illegally adding more chips to a bet that has already been made. This is an ancient form of cheating.

Casino Advantage – The house edge, usually shown as a percentage that the house has over the player.

Chasing Losses – Increasing your bets in order to recoup what you’ve lost. A dangerous and unrewarding style of play.

Choppy Game – A game where neither the player nor the house has been winning consistently or, a game where no discernible streaks have shown up.

Cold Table – Any table where you and/or other players have been losing.

Column bet – One of the three longer divisions of the layout. (This is an outside bet.)

Corner bet – – A bet that four numbers in a given segment of the layout will win.

Column Bet – A bet on one of the columns of 12 numbers on the layout.

d’Alembert Betting System – where players increase bet size by one unit after a loss and decrease your bet unit by one after a win.

Dolly – In American roulette, the croupier uses a marker made of wood or plastic and places it on the table in the square of the winning number. The score marker is called ‘dolly’ because it has the outline that looks like a doll. Its functionality is primarily to help the players know the winning number until all winnings are paid.

Dozen Bet – A bet on one of the sequences of 12 numbers on the layout.

En Prison – French term for the player-friendly option offered at some single-zero roulette tables. The player does not lose his/her even-money bets if the zero shows. Instead, the bet is locked up (imprisoned) for another spin. If the bet wins, it is returned fully. If the bet loses, the house collects it. 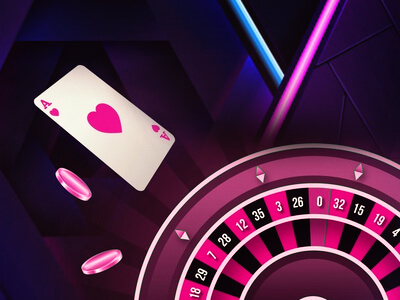 European wheel – A roulette wheel with 37 slots numbered 1 to 36 plus one zero, 0. We offer an excellent guide to European Live Dealer Roulette

Even Bet – A wager that one of the even numbers will win the next spin.

Even Money – A bet that pays off at one to one. In roulette Red, Black, Odd, Even, Low, and High bets all pay even money.

Ficheur – In the American Roulette each player gets chips with different colours so that they do not mix. The Ficheur is the sophisticated mechanism used by dealers to mechanically separate colored chips.

Fibonacci Betting System – a betting system where each bet is a combination of the previous numbers that have been hit by the wheel.

Flat Bettor – a player who bets the same size/unit each time.

French – Roulette played on the same wheel as in European Roulette, but with slightly more advantageous betting options for the players. For more on this, our killer guide to Live Dealer French Roulette is a must.

Gaffed Wheel – A wheel that has been rigged (by either player or the casino).

Hot Table – A table where the players have been winning.

House Edge – The mathematical edge that the casino has on a given bet.

Inside Bet – A bet anywhere on the layout (on numbers).

La Partage – roulette rule similar to the en prison rule, only in this case the player loses half the bet and does not have the option of leaving the bet en prison for another spin.

Layout – the design painted on the felt and where players place their bets.

Line Bet – A wager that one of six numbers (two rows of three numbers separated by a line on the layout) will win.

Martingale Betting System – A system where the player doubles their bet after each loss This is a popular and controversial system: check out our in-depth guide to the Martingale system for more information. 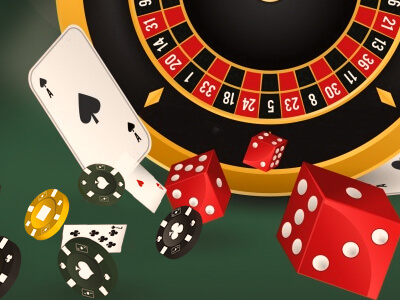 Mayer Line – Roulette betting strategy where a lost bet results in a small incremental increase in the next stake. A total of ten numbers in a line are erased leading to a win of ten units.

Negative Progression – a betting system where a player increases the bets after a loss.

Neighbor bet – A bet placed on 5 numbers that are next to each other on the roulette wheel, with your called main number in the middle.

Odd Bet – A wager that one of the odd numbers will win the next spin.

Outside Bets – wagering on the outside of the felt layout. Ex. Betting that the next spin will be odd.

Parlay – To double one’s bet after a win.

Positive Progression – Any system of wagering where you increase bets after a win.

Red Bet – An even-money bet that the next number will be red.

Session – A given period of play at a casino game.

Street Bet (AKA Triple Bet) – A bet that one of three particular numbers will hit on the next spin.

Surrender – The option whereby a casino only takes half a player’s losing wager on the even-money bets when the 0 or 00 hits. Few US casinos offer this.

Orphans – A common wager in European casinos. It’s a bet on three specific numbers 6, 34 and 17 neighbors on the wheel, but far apart on the layout.

Wheel Head – The portion of the roulette wheel that contains the numbered pockets.

Now that you can speak the basics of this new language, the next step is finding the right live dealer casino to meet your every gaming need.