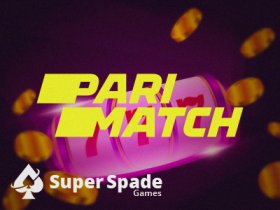 Super Spade Games, the dynamic international provider of live dealer games, has added another step to its global growth through a new partnership with Parimatch, a well-known online casino and sportsbook operator.

Under the terms of this agreement, the various websites operated by Parimatch will get access to the full suite of live casino titles provided by Super Spade Games. Parimatch currently holds local licenses in Cyprus, Belarus, Kazakhstan and Tajikistan and it also operates under an international license from Curacao.

The live dealer games portfolio provided by Super Spade Games includes attractive digital versions of classic Indian table games such as Andar Bahar and Teen Patti, along with well-known card games such as Baccarat and Blackjack.

For Super Spade Games, this partnership represents an opportunity to further expand its already growing international footprint. The company started operating in 2016 with an initial emphasis on Asian, European and South American markets.

The first live dealer games released by Super Spade Games were traditional table games such as roulette, but then their portfolio expanded with other types of live casino titles. Recently the company has added Dragon Tiger and Casino war to its portfolio, which also includes Andar Bahar, Teen Patti and Three-Card Poker. The supplier has forged partnerships with top brands in the online gaming industry, including Dafabet and 1XBet.

Anton Rublevskyi, the Chief Executive Officer of Parimatch, declared that the live dealer games provided by Super Spade Games “match perfectly” with the operator’s already impressive offering. Moreover, the CEO expressed his belief that the new live casino titles will be well received by players.

Albert Climent, the co-founder of Super Spade Games, expressed his admiration for the Parimatch brand, which he described as “an industry leader” with a very strong product offering.

He also added that the live casino options provided by Super Spade Games should be a great addition to that offering and underlined the company’s ambitions to further expand the global footprint in a very competitive industry.