ORYX Gaming to Extend its Presence in Spain via Casumo 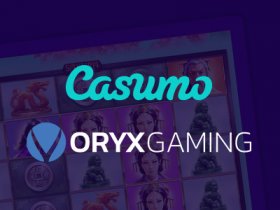 Innovative provider of casino content and part of Bragg Gaming Group, ORYX Gaming, has just closed a deal with Casumo to enter the Spanish market.

According to the new deal, Casumo will be one more operator to launch the developer’s RGS content, including releases from GAMOMAT. Games from the former brand are already popular among players, with an accent on Red Hot Firepot, La Dolce Vita, and Books & Bulls.

Spain is one of the latest locations where ORYX, which recently partnered with Peter & Sons, has launched its content. The provider is fully compliant with local regulatory requirements and will take additional steps to enhance its productivity. The Spanish online gambling market recorded substantial growth ever since the opening in 2011. Only the online casino sector represents about 40 percent of market gross gaming revenue.

Casumo, on the other hand, has made a boom in the industry since its establishment in 2012. The company is one of the most established providers, famous for its sportsbook and casino verticals. The company received an online license in Spain last July, right after the third tender process and became one of 80 betting and gambling brands in the state.

“Expanding into new markets is a big part of our strategic plan so we are thrilled to strengthen our presence in Spain with this Casumo deal.

“Casumo is the perfect partner for us as they have quickly established themself as a fun and entertaining casino brand and we look forward to working together to further enhance their offering. This partnership will also open the door to further deals in Spain and we see great potential in this market going forward.”

More About the Provider

ORYX is a cutting-edge provider of turnkey solutions, including omni-channel, online, retail, and mobile platform, ORYX HUB. It is also known as a content aggregator, famous for product integration, marketing solutions, sportsbook, lottery, and marketing services. In over 15 years of operation, the company has acquired knowledge in the sector. It is fully compliant, regulated, and certified in multiple European markets. The brand has also received ISO/IEC 27001 Certification for remarkable Information Security Management System (ISMS). The company has offices in Slovenia, Malta, the USA, and the UK and it is licensed by Malta Gaming Authority, and Romanian Gaming Authority – ONJN. It also offers over 10000 games to 100+ operators and employs 200 people.