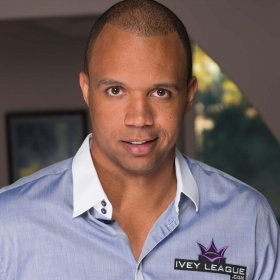 Live dealer casino games are quickly becoming the most popular option for consumers who enjoy online gaming. With live dealer gaming, players are able to participate in blackjack, baccarat and other table games in a live setting, but in the comfort of home. Live dealer games take place in a studio setting, with a real person dealing the games, instead of a computer like with standard online casino games. So, which players are taking advantage of live dealer games? Are the loyal customers actually cross-sold professional poker players?

Live dealer blackjack and other games are quite competitive and when offered at top live casinos, offer a quality interactive experience. Poker players often break from their regular poker game and use a table game favorite in live form to build their bankroll.

For years, poker players have taken their skills and used them in other gaming areas, like blackjack. Take for example poker pro Shaun Deeb. Back in 2007, he earned a huge payday while playing UltimateBet Blackjack, in just a week time frame.

Deeb is known for his successful poker game play, having earned several tournament titles throughout his career, particularly from PokerStars gaming. In 2007, Deeb decided to play UltimateBet Blackjack, taking a break from poker. After a week, he had earned more than $30,000 by playing the game! Just one of many examples as to how poker players transition into other gaming options. 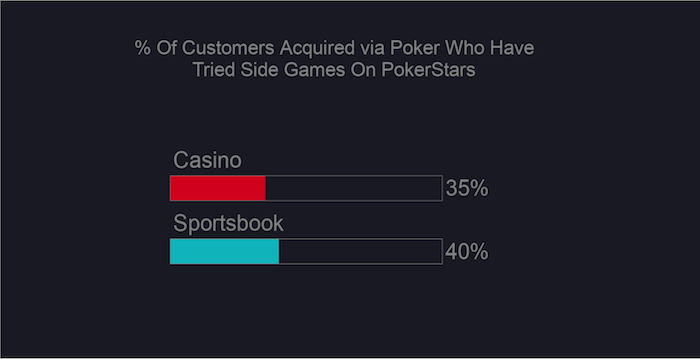 Online gaming operators have found that poker players are moving from poker to casino gaming, whether it be to try something new or to build their bankroll. Amaya Gaming, the parent company of PokerStars, published a study in 2016, reviewing their poker assets as well as commenting on player movement to online casino and sports betting does exist. According to a statement they made the following data is true:

Amaya/Stars Group have been able to successful cross-sell their casino and sports betting products to their online poker customers. According to Amaya, their online casino currently has one of the largest player bases among competitors, via cross-sell alone.

Live dealer games like blackjack and poker gaming, by such providers as Evolution Gaming, are appealing to poker players as they offer a live gaming experience. There is a certain rush felt when you play a game in live form, rather than via computer generated graphics.

The sound of the cards and interaction with the dealer provide an element that cannot be duplicated with traditional online game play, which is what makes live dealer gaming so appealing. Online poker rooms and casinos are now providing such options, partnering with companies like Evolution Gaming, to ensure their members have access to popular live dealer titles.

PokerStars Casino have 23 private live blackjack with native tables in Russian and Italian. This should be a good indicator on the success of cross-selling poker to live dealer blackjack.

Poker players, especially pros, are known for competing at high stakes levels. Such pros as Phil Ivey will drop a ton of cash during poker game play, be it during major tournament events or cash games. Ivey is a pro that is known for his big spending and being associated with other games like baccarat. The pro has been involved in controversy involving baccarat gaming, over the years, using his card skills to reportedly take advantage of the game.

Ivey not only enjoys poker but dabbles in other games as well. Just a few years ago, he was found to be involved in a baccarat issue, as he was considered to be cheating at the game when visiting the Crockfords Club in Mayfair back in 2012. After several court proceedings, Ivey was unable to recover $10.2 million that he said he won during game play.

Ivey reportedly used edge-sorting techniques during baccarat game play to identify small differences in the patterns of the playing cards to be able to place his wagers and win the huge amount of cash. The money was supposed to be wired to Ivey, but he never received his winnings. The supreme court ended up ruling that Ivey did not cheat but was dishonest in his game play and should not be paid his winnings.

So, there is definitely a long history of poker players looking to other games for fun and profit. When it comes to live dealer games, you will find poker players sitting amongst you at the virtual tables. It will certainly make for quite interesting game play, competing alongside those who normally place their bets in Texas Hold’em or Omaha games!