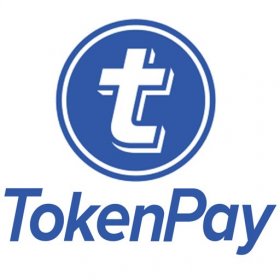 The recent and ongoing slump in crypto princess has mostly taken the oxygen of the cryptocurrency-related news sources. However, while the prices continue their downward trajectory after a short-lived bounce in late December, the developers are still working on their respected blockchain. TokenPay is one of such networks and right now, it prepares to launch a range of services in early 2019, including those that will be related to crypto betting platforms and their features.

TokenPay and it TPAY tradable token are a decentralized platform that aims to fuse merchant technology and tools to a fully developed cryptocurrency blockchain. Its native token is currently available for trading on crypto exchanges. The same blockchain network has a range of important strategic partners. These include the Verge and the Litecoin foundation. Now, they are able to launch six different new services in the first quarter of next year.

These include the eFin Exchange that will act as a private, secure and decentralized trading hub for the TPAY ecosystem. Once it launches, it will feature trading the native tokens for bitcoin, litecoin, verge, and ripple, along with additional cryptocurrencies. The platform will also provide a high level of anonymity, without featuring any type of KYC or the know-your-customer policy. It will also protect users by using the Tor network to mask users’ IP addresses. However, there are other services that will be far more important for the cryptocurrency gaming domain.

Aside from the exchange, the TokenPay new set of services will include CryptoBet, a licensed gambling platform for crypto that will come with a range of features. This means that the venture will start its own crypto casino and the features will be its attempt to hit the same competitive field running. Aside from it, the Q1 of 2019 will also see the launch of TokenGaming. This aggregator website will feature gambling games that will allow users to create their own online casino. Finally, there is the eSports.io, an esports betting platform that will also be powered by this blockchain. In many ways, eSports.io seems like a direct competitor to the Unikrn platform, offering basically the same set of abilities.

The ambitious start of 2019 by TokenPay will have a range of consequences. The blockchain network is clearly more interested in boosting its token’s value and expanding its ecosystem and thus the accessibility of the TPAY token. In terms of crypto gambling, the impact seems to be less clear. Firstly, two of the three platforms being launched seem like carbon copies of the existing offering. Unikrn is the best example of this and it does not seem that eSports.io is drastically changing much to its offer that would be able to attract users.

However, the TokenGaming idea does seem both innovative and open to success. Providing the ability to build a crypto casino on this cookie-cutter principle is basically a variation on the affiliate promoter activity, but here with a more hands-on approach. Yet, it could still be able to entice users to make their own casinos, much in the same way as Etsy allowed people to create their own online shops. There is little doubt that many would love the chance to try out this possibility and their influx into TokenGambing would be a clear sign to others that this avenue is worth exploring and improving upon by other blockchain networks.