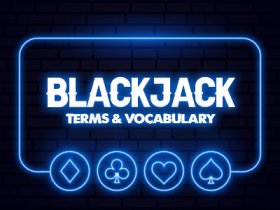 These days, Life Dealer Blackjack is as popular as can be.

There has never been so much gambling action available so easily – players can practically take advantage of what the tables in Las Vegas or Macau have to offer, without ever leaving the comfort of their homes or offices.

It’s enough to set any number of players reaching for their bankrolls without pause. Before jumping in, though…

… we strongly suggest taking a few minutes to learn about the working language of the blackjack table. Feel free to keep this page open and refer to it as often as necessary until the gaming table’s words feel like a native tongue.

Here are the terms every Live Table Blackjack player needs to know:

Advantage Player – A gambler who uses strategy to gain a mathematical advantage over the house.

Back Counting – Counting cards from behind the table, as a spectator.

Balanced Count – A card counting term referring to a deck which is neither positive nor negative, resulting in unchanged odds for the player.

Bet Spread – The minimum and maximum bets a player is allowed to make at a given table. For example, a 1-5 bet spread means that the minimum bet per hand is 1 unit, and the maximum is 5 units. In card counting, a larger spread is viewed as favorable to players.

Blackjack (game)– The most popular casino table game in the world.

Blackjack (hand) – A hand whose first two cards consist of an ace and a 10-point card. Beats any other way of making 21. May also be called “natural” or “natural 21,”and often pays 3:2 on a players bet (depending on the rules of the table).

Box – The area in front of each player, where bets are placed.

Bust – When a player or dealer’s hand exceeds 21, resulting in a loss.

Bust Card – The individual card that results in a busted hand.

Card Counting – The strategy of keeping track of all cards that have been played in order to establish whether more high or low cards remain in the deck. Each high card counts as +1, each low card counts as -1. A higher count favors players, while a lower one favors the house.

Count – A card counting term referring to the running total of all cards played. See ‘Card counting’ for more.

Chip Down – Decreasing the bet size from that of the previous hand.

Chip Up – Increasing the bet size from that of the previous hand.

Deck Penetration – A card counting term referring to the percentage of cards played out of the deck or shoe before reshuffling or swapping out.

Double Down – A betting option where players double the size of their bet after seeing the first two cards. If this option is taken, exactly one more card will be dealt to the player.

Even Money – A bet with even odds, favoring neither the player nor the house. In the game of blackjack, this refers to the option to take a 1:1 payout on your bet if dealt the hand of blackjack while the dealer shows an ace.

Hard Hand – A hand that does not contain an ace (or that contains an ace that only counts as 1, not 11), so that it can only have one total value.

Hard Total –  The value of a hand with aces counted as 1.

Hit – To take another card after the first two are dealt.

Insurance – A variety of side bet (don’t play the side bets!) often available when the dealer shows an ace. It’s often a 3:2 or 2:1 bet that the dealer has the hand of blackjack. 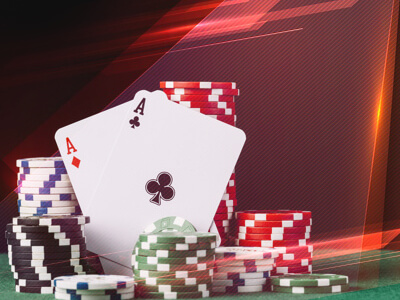 Pair – A two card hand containing cards of equal value. These hands may be split.

Positive Count – A card counting term referring to a deck or shoe that contains more high cards than usual. It favors the player.

Shoe – A dealing shoe or dealer’s shoe is a gaming device to hold multiple decks of playing cards.

Side bet – A bet offered by the house that does not

Soft Total – The value of a hand with any aces counted as 11.

Split – A playing decision available when a player is dealt two cards of the same value, such as 88, AA, or K10. The initial wager is bet again, and the two dealt cards are divided and treated as the first cards in two separate hands. Normally, a hand can be split up to four times.

Stand – To take no more cards. The opposite of ‘hit.’

Stand Off – When a player’s hand has the same value as that of the dealer. Normally results in bets being returned to players.

Surrender – A player’s option to reclaim half of their bet and concede the other half to the dealer.