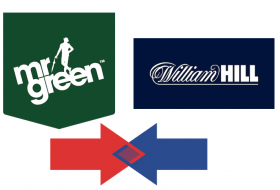 Mr Green is now based in Malta, and has licences there plus in Denmark, Ireland, Italy and the UK. This made it an attractive prospect for William Hill, who might just have been looking to consolidate their position in the European market after Brexit. On top of that the United Kingdom has become a more difficult market over the past few years for many gambling firms, with the long-suggested increase in duties and tightening of rules on maximum stakes finally looking like coming into force fairly soon.

These concerns were reiterated in William Hill chief executive Philip Bowcock’s statement earlier this week in which he said: “I have spoken recently about diversification. We know we are heavily reliant on the UK market and what we need to think about is how we diversify to make sure we get more revenues from other markets.”

Mr Green, being the leading online casino in Germany and a major player in Scandinavia, seems to be the horse they’re backing to lead the charge. Orchestrating the transfer of personnel, content and ideas between the two companies will be WH’s Chief Digital Officer Ulrik Bengtsson. Mr Bengtsson is extremely familiar with Nordic casino brands, having worked with the popular Betsson Group for many years – a group we coincidentally just did an in-depth review of.

What this means for Mr Green’s live casino selection, and what the overall impact on players will be, is yet to be seen. However, it is hard to imagine a scenario in which this deal comes off worse for players. Sure, some investment analysts have called the move a ‘risky bet’ for William Hill. But from a player perspective, this deal is only likely to bring in a diversification of both companies live casino ranges and strategies.

Either way – with both William Hill and Mr Green achieving well-rated status from us, we’re excited to see what the two companies can come up with together in the future.