An Esports Betting Platform introduces Blockchain to its Services 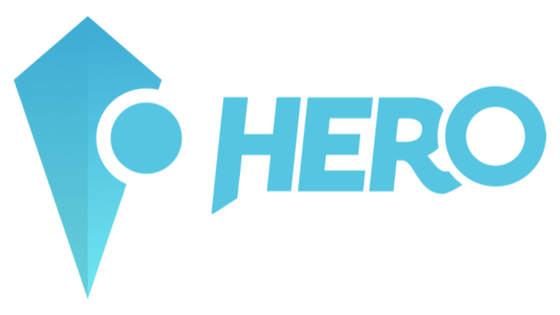 Hero, a gaming and esports prediction platform has decided to integrate smart contracts into its operations and invite over 100 users to test the same blockchain. This moves the same project to the closed beta fourth phase and is slowly moving the platfrom to its launch date.

The move is one that has the weight of this growing industry behind it. A recent report on the esports industry showed that it generated a revenue worth $492.7 million on a global level. By 2020, this field is expected to be with over $1.43 billion. This is partly due to users playing more games, but also to the rise of streaming platforms including the immensely popular twitch.tv.

With these, the number of hours people interested in games spends with this content has risen dramatically. The same can be said for gaming tournaments including the very popular DOTA 2 International. These have generated a collected prize pool of over $30 million in 2017.

The influx of new users has created a promising field of online esports betting. Here, blockchain has shown immense potential to evolve the same domain. Hero, a blockchain-based company has recently launched a proprietary wallet working on the herosphere platform. The same platform is used for esports prediction as well as for fantasy sports betting. Now, the users of the platform can use smart contract to attain betting opportunities on their preferred tournaments and online games.

Tests for DOTA 2 and LOL

Two very popular MOBA games, League of Legends (LOL) and Defense of the Ancients 2 (DOTA 2) have been tested on the platform’s blockchain. The same platform held its first ICO in 2017 and right after started experimenting with the use of the smart contract. The beta version used a TESTNET of the Ethereum Core code with the name of Ropsten, which included many users that helped during the testing period.

Platforms like herosphere offer users a chance to place bets on a particular esports or fantasy contest. Once the team, match, and outcome has been chosen, the smart contract itself does all of the work while using the available data. Not only that, but the same blockchain also handles all deposits and withdrawals, along with operating the digital wallet. Currently, the platform’s smart contract support these games: DOTA 2, CS:GO, LOL, and Overwatch.

The testing of the platforms has so far been in ever-expanding waves. With the closing of the Beta Wave 4, the next phase will surely commence. Anyone who is interested in participating can sign up and enter a waiting list, from which they will enter the test network if the company approves their application. There is plenty of interest in this process. By participating, all users get a chance to experience the blockchain-based product first hand and also attain HEROcoin for their effort. This means that reporting bugs and taking surveys will be directly compensated by the platform for anyone who is taking part in the testing. With their tokens, the users will be able to place their own bets or to exchange the same token on a digital exchange for bitcoin or other cryptocurrencies, as well as fiat money.

After the integration of the blockchain platform, the platform plans to add the same tokens to all of their pay-to-play contests. This means that the users will be able to employ the tokens for any activity on the platform, from participating in competitions to wagering on other games. For now, however, the company is focused on figuring out through user feedback the platforms overall UX effectivness, navigation, social media aspects, and speed. Only once this testing phase is completed will the platform seek to provide the blockchain-based smart contract services across the board to their users.