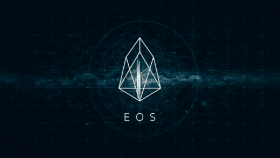 EOS blockchain is definitely one of the most active gambling and betting cryptocurrencies around. Sometimes during the previous years, EOS-related stream of news has not been so great, but a recent development is not related to hacks or any security flaws in the network. Instead, EOSBet, a digital casino built using the same blockchain recently announced that it attained a full gaming license. The same license was provided by eGaming regulators of Curaçao, an island nation in the southern Caribbean Sea.

The country is well-known for its gaming industry and houses one of the oldest gambling regulatory bodies in the world. Now, the same EOS-based gaming platform can legally provide all forms of interactive online wagering. Curaçao eGaming is one of the four companies in the state that were provided the Master Gambling License from the nation’s Ministry of Justice. This allows Curaçao eGaming and other companies like it the ability to grant sub-licenses to gambling operators.

The license from the Curaçao eGaming makes EOSBet and its open-source dapp the first on the EOS network to receive full regulatory recognition. Expectedly, EOSBet representatives were thrilled by the development, saying that the license provides credibility and trustworthiness to the venture. It also allows for crucial banking connections needed for the casino’s access to traditional financial services. The same license opens up pathways to partnerships with larger online casino operators and protection against its site being shut down by force or its domain from being seized. Clearly, the benefits for EOSBet are numerous and will likely point to a way to not just EOS casinos, but also those that use bitcoin, ethereum and any other digital currency out there.

The license provided EOSBet legitimacy, but now the company also seems determined to increase investor confidence by rolling out a range of updates that they prepared previously. These include a new type of game that is in its final testing phase, a big overall platform redesign and the Baccarat game revamping. Another important development domain for the casino is the listing of its BET token.

The company representatives stated that they in negotiations with three top digital exchanges about this possibility. Currently, they believe that the newly acquired license improves their changes. Right now, the same token can be acquired only through betting – an exchange listing would make purchases of token easier and thus get a chance to engage with the community-driven casino in more than one way.

The Future of the BET Token

One of the main reasons for the rising popularity of BET tokens is the fact that it pays out dividends to all of its holders. What is more, the dividends are paid in EOS, so in October, the EOSBet team paid out over $1 million in EOS to its BET holders. All of this helped in establishing the online casino as the leading dapp on EOS and the reason why it hit over 10 million bets before the end of November. This occasion as well was followed by a giveaway of EOS tokens to the ESOBet community.

The company behind the online casino is clearly pushing to expand its operations using multiple vectors. So far the process seems effective and the lapses in security apparently did not dishearten the ECCOBet community. After the gambling license, attaining an exchange listing will be a big next step if and when the venture manages to ensure it.