Unlicensed Online Casinos use Twitch for their Promotion 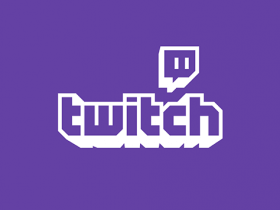 Twitch is one of the most popular video streaming services in the world. It started its development as a platform that was heavily focused on video game players but has since then expanded into many other domains. A strong showing of knitting (as in actual, physical knitting) streamers shows that this is more than true. That is why it is no wonder that there are many gambling streams including those that are actively promoting online casino services.

However, a recent investigation of the same platform by Eurogamer showed that at least two sites for online gambling were not properly licensed. This investigation led the UK Gambling Commission to start talks with Twitch representatives about the same ventures. The casinos have been promoted by a range of streamers directly or using links and images in the video description. The fact that these two casinos are currently promoted on Twitch makes the whole situation for the streaming platform very unpleasant.

The Clear Issue of UK Legality

Under the rules of the Gambling Commission, an online casino without a license cannot operate in the same country. Currently, at the request of the same UK agency, Eurogamer has not disclosed the names of the two casinos in order to prevent their further promotion. However, the Gambling Commission representatives did confirm that both casinos were illegal and that the agency is taking steps to protect consumers living in Britain.

This is why it is also working on ways to stop the payment and advertising providers to work with these businesses, because they are likely registered abroad. But, with cutting off access to funds and new players, the same online gambling ventures will be unable to do any business in the UK. At the time of the writing of this article, Twitch did not comment on this case.

The casino game category on Twitch has been growing steadily over the previous years. Because of that, it regularly appears under the Featured Games section that is located on the Twitch home page. Recently, the same category featured over 77,000 viewers, which was more than popular games like Call of Duty: Black Ops 4 and Red Dead Redemption 2.

Most popular streams feature slot games and thousands of viewers join in even on streams that include no commentary. Eurogamer reports that almost all of these channels promote online casinos, either by playing their games or by placing links to the same websites.

There is little doubt that some of the Twitch casinos are actively using cryptocurrencies like bitcoin and ethereum as a means of payment. In that case, the job of the UK Gambling Commission will be even harder because there is no way of blocking payments to these ventures. At the same time, the case of the Australian surge in crypto gambling shows that any repressive measure does not provide valid results.

Instead, advertisement platforms like Twitch will have to play a more active role in suppressing promotion of illegal casinos that could be fraudulent and those which are simply not registered in the UK. The same goes for the UK Gambling Commission. Instead, it risks being seen as out of touch from the reality on the ground and Twitch as a platform that is open for business for scammers. This process will not be easy for either entity, but it is the only one that makes sense for the continuing rise in the online gambling activity.