The Legal Future of Cryptocurrency Betting in Australia 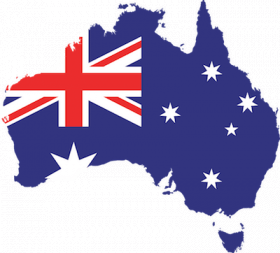 When it comes to the rates of gambling, Australia wins the race – in the country, four out of five adults engaging in some form of gaming. From video poker or pokies as they are known in Down Under to many other gambling services, Australians seemingly very much enjoy all of them. This was a well-known fact for many years, but with the start of the 21st century, the accessibility to gambling services exploded with online casinos. Not long after, the Australian government had to employ the Interactive Gambling Act as a way to regulate the same field.

However, as it usually occurs, the restrictive law simply pushed many players to the offshore companies and achieved a paradox – instead of being safer, many users ventured out into less-regulated markets. Now, the cryptocurrencies became a part of the same problem, but at the same time, they could also present a very effective solution to Australia’s gambling conundrum.

Fiat currency is the predominant way how many Australians employ gambling services. However, fiat, as well as its corresponding transaction records made by banks and other financial institutions, allow local laws to be enforced. As long as the money transfers go through third-party systems, the government and regulators stand a chance of blocking or hindering illegal sources. But, with the use of cryptocurrencies, some completely new avenues appear.

Firstly, most online casinos which are accepting digital currencies are fully registered in some country – the recent example of Unikrn shows that regulators on the Isle of Man fully recognize this venture’s ability to employ crypto. So, if a holder of bitcoin in Australia decides to spend their BTC at a casino that is registered outside of the country, they are not breaking any laws in the country where the venture is registered.

At the same time, the anonymity features of many cryptocurrencies allow the users to make transactions without any direct identity traces, so the Know-your-Customer rules do not apply. For the regulators, this immediately also means that the protections for the clients are also sidelined.

The Example of India

One of the world’s biggest markets serves as a good example of the regulatory dilemma. In India, practically any form of gambling is more or less illegal and thus forbidden. However, local researchers working in the same field are constantly recommending that legislation regulating gambling is introduced.

This is done firstly because there seems to be an unending stream of allegations of match-fixing in Indian sports and secondly because sports betting has attracted a big criminal element to it. Clearly, simply banning something that is highly popular in a population will not stop people from taking part in the same activity.

A Case for Cryptocurrency Gaming Regulation

In Australia, there is most definitely a big gambling market. As more and more casinos begin to employ cryptocurrency betting services, more people will migrate to them. The government could try to wage an uphill battle to stop this. Again, India is trying the process of completely banning cryptocurrencies and this is not going well either – as with gambling, there is just too much incentive for the local citizens to use crypto than to fear any potential legal repercussions.

On the other hand, Australia could set up regulations regarding cryptocurrency gambling in its own borders. This way, the customer protection could be elevated while any potentially shady ventures would be sidelined by legitimate local and international providers of valid crypto gaming services. This way, the path forward seems more than evident.