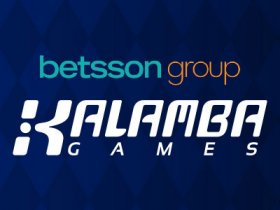 Kalamba Games, a dedicated provider of casino content, has just secured a deal to introduce its variety of games with the top-tier brand, Betsson Group. This will be another important milestone for the brand and its further progress in regulated European jurisdictions.

Following the new milestone, customers at the 20+ Betsson Group platforms will have access to different titles from Kalamba’s portfolio, such as more than 50 games with innovative themes, robust models, and features. This will involve titles such as Blazing Bull and Ducks ‘Til Dawn as well as Legend of Senteng and Super Size Atlas.

The provider has turned into one of the leading brands for casino games and specializes in the production of RGS, Bullseye, Stargazer, and different promo tools.

Big Things for Both Brands

Betsson Group, on the other side, is one of the most known operators in the industry providing casino, sportsbook, and additional content with licenses in 19 markets.

This content agreement is another step from Kalamba which has obtained certifications in other markets including Italy, Portugal, Spain, Sweden, and the Netherlands. Meanwhile, the brand will continue to enhance its presence across different markets while introducing its games to more players.

“Having our titles in the casino lobbies of an operator like the Betsson Group is a definite milestone for Kalamba Games. Its reach and reputation are second to none and the direct integration is a mark of how far we’ve come as a developer.

“We’re looking forward to providing its players with the quality games we’ve become known for and we can’t wait to get started.”

On the other side, Karl Schranz, Acting Commercial Director – Gaming at Betsson Group, says that the company has worked with Kalamba for several years via Relax Gaming but it is great to extend this deal and to be taking a variety of its slots into game lobbies across different brands.

Kalamba has inked another important agreement for the future growth of the company. It has tied with Big Time Gaming to introduce Megaways mechanic to its gaming content. The well-known mechanic modifies the size of reels with every single spin in the game. This creates immense winning opportunities. The newly obtained license allows the brand to include Megaways feature in new games further enhancing its suite which includes more than 50 games.