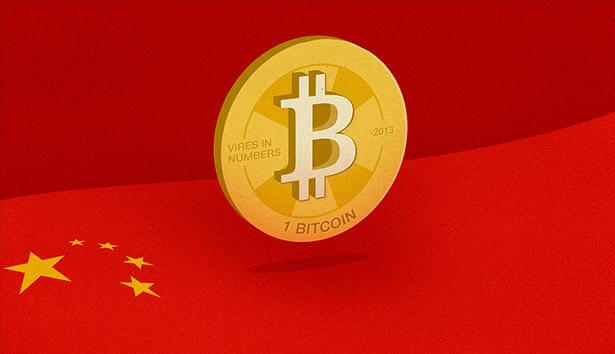 The Chinese digital market has exploded in recent years. The expansion, made possible by the penetration of the Internet and especially broadband connections across the country, now provide a huge opportunity for cryptocurrency gaming. This is according to Darin Oliver, the CEO of BlockDraw. The same company is currently developing its online blockchain casino platform and its CEO is certain that the Chinese market will have a similar impact on online gambling as it already has on brick-and-mortar casino operators.

He also believes that the cryptocurrencies will be able to accommodate that growth in the best possible manner when it comes to the long run industry potential. Speaking at G2E that took place in Las Vegas, Oliver said that from a business perspective, there is no question that Asia is a huge market for online gaming. He also underlined the correlation between online gambling and rapid growth of the internet penetration rates.

For example, in the next five years, the Russian federation will get 20 million new internet users, Ukraine will get between 5 and 10, while China will get an estimated 120 million. This number is equal to the size of a very large country. At the same time, when new opportunities appear in the financial industry, followed by growth in certain sectors, a setup appears that allows for a bullish mentality on online gambling prospects. This is especially true in the eyes of Oliver when it comes to crypto-only alternatives.

The Problem of Volatility

During the event, Oliver was asked about the problem of high volatility and its interference with the prospect of using cryptocurrencies. He answered by saying that the problem is relevant and that BlockDraw, along with other parties is trying to resolve it. His company is working on a version of a stable coin that would be used for this purpose.

Currently, in China, the government is trying to crack down on cryptocurrencies because of their ability to move in and out of the country. However, the option of completely blocking crypto is according to Oliver completely infeasible. In 2015, many across China sought refuge in crypto while the Beijing government continually devalued the yuan. By using bitcoin, many investors managed to save a lot more of their fortune than to have its value slashed in yuan.

Other countries tend to have similar setups with their central banks and fiat currencies from time to time. This is why, as long as national fiat currencies come with a factor of unpredictability, the high crypto volatility will be a tolerated by users in China and elsewhere.

The Momentum of the Anti-Crypto Sentiment

While the reasoning of BlockDraw CEO is sound to some, others are pointing to the clear willingness of the Chinese government to tackle the crypto issue. Recently, the country’s regulators even announced plans to completely ban the use of bitcoin. The current value of the Chinese cryptocurrency market is $150 billion, but any regulatory measure will put a strain on this number.

An additional source of worry for the cryptocurrency users in the country is the issue of the Central Bank of China and its position on the crypto regulation. In the case of the bank stopping any support to crypto-related businesses (which do not deal in cryptocurrencies directly, but develop platforms or offer services for them), the local market would dwindle further.

However, the regional situation provides reasons for long-term hope in the Chinese crypto gambling industry. Japan has already regulated bitcoin as a means of payment and South Korea is on its way in this process. In fact, the South Korean FSC (Financial Service Commission) is working on regulation that would strictly monitor but ultimately allow cryptocurrency operations. Both countries are a clear signal to China that regulating and opening the crypto market is a better deal that outright banning it. Most likely, it is only a question of time when the Beijing government acknowledges the same. That moment would definitely create a huge opening for the cryptocurrency gaming industry.

Bag a Share of €20,000 with Unibet’s Blackjack Prize Draw

Players at Unibet Casino can win a share of €20,000 this week. Just play Evolution Gaming’s Live Blackjack and bag...

Play live casino games at Unibet until September 8. You could potentially win one of 500 cash prizes worth a...

Rizk Casino is running Weekly Blackjack Challenge tables, raffles and leaderboard challenges. Win a share of €10,000 by playing in...

Play live blackjack at Mr Green from Monday to Friday each week this month. You could win a share of...

You could win a share of €2,500 in real money cash prizes. Activate the bonus round in Monopoly Live at...

Play Lightning Roulette at Casoo all the way till 30th of September and earn 20% cashback. This offer is based...

Deposit and play at Genting and you can claim a €100 first deposit bonus, and 20 free spins on the...

Win a Share of €3,000 with Mr Green’s New Blackjack Challenge

Bag live blackjack wins playing at Mr Green Casino this weekend, and you could climb a leaderboard to win a...

Stake €10 or more on Monopoly: Live at William Hill Casino this weekend, and potentially win a share of a...

Online players are probably well aware and appreciative of an increasing offering of live dealer games catering to those looking...