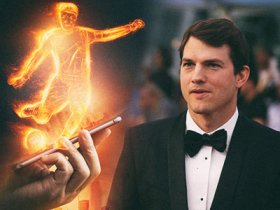 For most people, movie stars exist only in a magical world full of glamor that’s totally like our own.

Of course that’s not true. People are people, no matter how well-known their faces may be… they have good and bad days, hopes and fears, just like anyone else. They’re just too well-paid, too beautiful, and too famous for us to see them any other way!

This is true for online casino gambling too. While it’s a lot of fun to read about the wild bets and antics of celebrity gamblers, their stories seem to reinforce the sense that they live in a separate universe from the rest of us.

Leave it to the likes of Ashton Kutcher to properly monetize these assumptions.

In a recent interview with Esquire, the actor revealed that he had used his good looks, celebrity, and disarming manner to act as the front man for a massive sportsbook betting syndicate!

Wait… the Dude from THAT 70s SHOW? 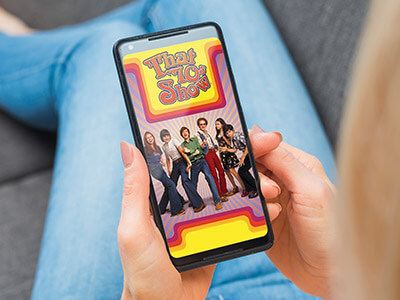 If bets were being taken on which Hollywood celebrity would head up a scheme to fleece bedmakers for hundreds of thousands of dollars, Kutcher would likely not be listed as an odds-on favorite. (Personally, my money would be on Tom Hanks.)

But that’s what makes him such a brilliant choice!

Born in Cedar Rapids, Iowa, to working-class parents, the baby-faced star was discovered by a chance encounter with a model scout in Iowa City, where he was studying biochemical engineering. Modeling engagements followed in Paris, Milan, and in ads for Calvin Klein.

True superstardom followed quickly, as his first (!!!) audition resulted in him being cast as Michael Kelso in That 70s Show, a wild success that ran for 8 seasons and earned 16 Primetime Emmy nominations. That role, a tremendously handsome and unbelievably dumb young man with a heart of gold, became Kutcher’s primary cultural image.

Other big successes followed, including leading man turns in Dude, Where’s My Car?, My Boss’s Daughter, The Guardian, and No Strings Attached, as well as other notable TV triumphs in Two and a Half Men (as Charlie Sheen’s replacement), The Ranch, and Punk’d, the last of which he also created and executive produced.

No, we’re talking about his exploits in the realm of venture capital! As co-founder of A-Grade Investments and its successor, Sound Ventures, it appears that this Iowa boy knows how to pick a winner: some business in which he invested include Uber, AirBnb, Spotify, Shazam, SoundCloud, and Neighborly.

No matter what his cultural image looks like, it seems that he might not be so dumb after all!

How it Went Down 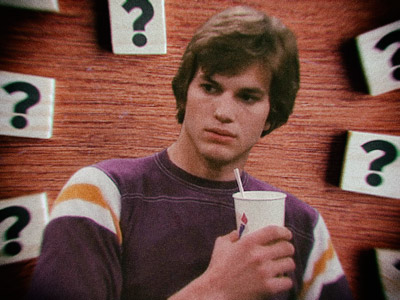 With that said, it seems that the “dumb” persona played right into Kutcher’s hand when it came to taking house money hand over fist. Or rather, right into his pocket!

When you hear him talk about it, it’s clear that this guy doesn’t have a stupid bone in his body. Here’s what went down in the actor’s own words:

“I was a front for the largest sports-betting syndicate in America.”

Wait, what? How long did that go on, and how much money did you make?

Yeah, that sounds like fun to us! What kind of strategy was involved?

“In football, you’re basically looking for numerical anomalies. Handicappers have to handicap X number of games every week, which is why the sport — college football in particular — is really good for this, because there’s such a broad array of games happening at one time. The handicappers can only handicap so many games really well. And all they’re really trying to do, as the house is, is to keep an even number of people on either side of the bet, so they get the juice, right?”

“So if you can find the anomaly where the assumption is they’re going to get heavy on one side, when the line moves it can actually move favorably as it pertains to the potential outcome of the game. So you set a margin of error against the line. If they’ve set it inaccurately, too hard to one side, you gauge that and play the other side of the line. You can gain probably a 40 percent statistical advantage on them. It’s really complicated. You gotta know a lot of data points — how this team played on various surfaces, in different weather — a lot. But these guys could do it.”

Sure, there are real statistical geniuses out there. Putting aside how you even met these guys, where did you come into the picture? What was your role?

“So, generally these types of individuals aren’t allowed to gamble, but they know how to handicap the house. So they sent me in. I basically just placed the bet.”

And it worked? Then what happened?

“Then they caught on. The hypothesis had been that the house would just assume that I was a dumb actor with a lot of money who liked football.”

Just a dumb actor with a lot of money, huh?

Well, they were half right at least. With a net worth north of $200m, Kutcher is one of the wealthiest actors in the world.

Sure, maybe sports betting is one of the most exciting areas of growth – it seems like exciting news on the subject comes out every day or so – but it seems that this pretty boy from Iowa was well ahead of the curve.

Our takeaway? We salute anyone who finds a way to consistently beat the house at their own game. Just don’t try this at home!