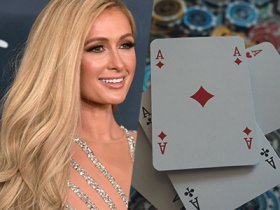 Online casino fans know, if they have any experience, that gamblers come in every kind and color.

There are the tight-and-aggressive players, who bet the minimum for hours at a time before unleashing monster bets.

There fast-and-loose players, who throw their chips around the tables as if they were allergic to money.

There are casual players, social players, professionals, first-timers, and everything in between.

This diversity of styles, personalities, and preferences helps make up much of what makes casino play so much fun!

Well, when it comes to celebrities who love to gamble, things are much the same.

Some celebs – people like Jay-Z and Ben Affleck – are just brilliant people who find as much success at the tables as they do elsewhere in life.

Others, like Tobey Maguire, reveal a truer, nastier version of themselves at the tables than they do onscreen, or in public life.

And, just like the rest of us, some celebrities come to the casino in order to get wild, take risks, make questionable decisions, and try to have as much fun as humanly possible!

That seems to be Paris Hilton’s way of doing things!

The rebel, the wild child…

Top 4 Casinos We Recommend to Try

The First of a New Kind of Celebrity?

Many people may not have a positive association with the name of Paris Hilton.

A modern day heiress (yes, her grandfather is that Hilton, the guy who founded the wildly successful hotel chain), she has been associated with a messy, unstable kind of celebrity for nearly two decades now. There have scandals, legal troubles, addiction issues, high-profile feuds, tell-all interviews, and just about every kind of misadventure available for a young women of means.

Yet there’s also a case to be made that Hilton cleverly crafted the template for celebrity in the new millennium.

If this kind of celebrity, sometimes referred to as “famous for being famous” was unthinkable in a pre-internet age, it would come to dominate modern life much sooner than expected… TikTok to the Trump White House!

She first came to major attention in 2003, when her homemade sex tape was conveniently leaked just before her reality star TV series The Simple Life was set to air. 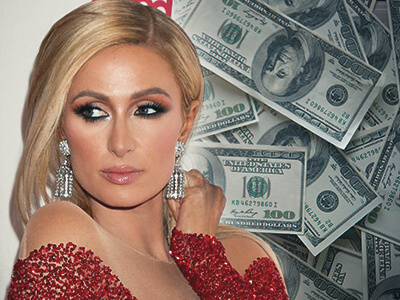 That incident would set off nearly a decade of tabloid fodder and media appearances during which Hilton cultivated an extremely detailed public persona.

Everything, from her clothes to her physical gestures to her tone of voice, was designed to emphasize her image as a “party girl-heiress archetype.” As Laura Lavlin has noted, Hilton embraced the associated stereotypes, especially stupidity, naïveté, sexual availability, and artificiality…

… all attributes that Americans of seemingly every kind seemed happy to believe about her.

Yet a keen observer could see through the veneer and note a savvy businesswoman whose net worth was steadily rising.

And throughout it all, stories about her gambling seemed to come up again and again. It was clear that the budding super-celebrity had a soft spot for casinos!

There was no phase in which Hilton’s hijinx did not include gambling adventures.

At the tender age of 19, she was making headlines after being spotted with Leonardi DiCaprio on the high-stakes, underground NYC poker circuit. What’s more, the boyfriend with whom she made the infamous sex tape, Rick Salomon, was and remains a successful, professional poker player.

As her star began to rise, though, it became clear that Hilton’s interest in casinos went far beyond her taste in boyfriends. She’s logged many notable big wins, including one blackjack win of over $50,000 and another of $30,000 – the latter to celebrate her 31st birthday.

It hasn’t all been wins and successes, though!

While there have no doubt been plenty of sizable losses, one that made headlines was the loss of her beloved, customized Bentley in a poker game in 2006.

Banned from the Wynn 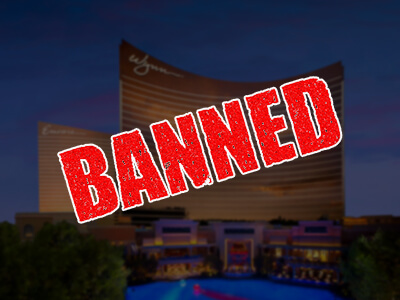 Whether due to ultra-savvy public relations moves or because of genuine bad decisions, Paris Hilton has never been a stranger to scandal.

Even by her standards, though, it’s noteworthy when a celebrity who regularly receives six-figure payments for public appearances is shown the door instead. And that’s what happened in 2010, when Hilton was made persona non grata at not one but two Wynn casinos.

This was not a case of poor gambling choices, however. (Casinos actually love those.) This was drug-related… cocaine was the substance in question, and that will get anyone a lifetime ban.

While Hilton’s mainstream reputation tends to fixate on her privileged birth, her affinity for wild partying, and her overt sexuality, there’s much more to her story than that.

It’s true, she’s no Malala Yousafzai when it comes to using her platform to lift up others. And of course, the stories about her aren’t made up: her wildness, her sex tape, her run-ins with the law are all very real. But it’s also true that Hilton is a very successful businesswoman by any measure!

Her live events often net her big paydays. In the past, this might have been $750,000 to party at a club for a night.

Since 2012, though, Hilton has been focusing on a thriving DJ career. She often receives six- or seven-figures per night to perform at clubs worldwide, from Ibiza to Las Vegas and back again.

What’s more, endorsements of fragrances and a fashion line have tied her in products that bring in over 1.5$ billion in sales per year.

Between these associated revenues and her live experiences, Hilton earned north of $52 million in 2015. She may not be in the news as much as she once was, but her bank account has never been busier.

Despite her reputation to the contrary, this increased income hasn’t all gone up Ms. Hilton’s nose. In fact, she’s become a noted philanthropist, especially favoring youth-oriented causes and children’s hospitals.

There’s a lesson here. in a world that tends to underestimate what women can do, don’t let appearances fool you!

Though she be little, she is fierce: Paris Hilton is indeed a force to be reckoned with, at the tables and elsewhere!