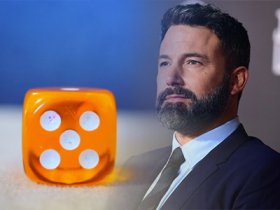 Let’s bet honest: when it comes to the A-list celebrities who love to frequent online casinos (or land-based ones, or private tables, for that matter!), some stories are more surprising than others.

After all, plenty of famous folks whose public image is already flamboyant, risk-loving, or glamorous enough that it’s easy to imagine them placing massive bets without batting an eyelash.

Is anyone really shocked to learn that Jay-Z once lost nearly $1 million on a single hand of poker in Las Vegas?

But sometimes, learning of a player’s gaming tendencies can come as a surprise. This often comes about when there is a gulf between a celebrity’s public image and the story that is told behind closed doors.

This was the case when the public learned about Tobey Maguire’s nasty behavior as part of Molly Bloom’s high-stakes poker ring in the early 2000s. It would be the case if you were to learn that Mister Rogers had lost millions playing baccarat!

And it is definitely the case when it comes to Ben Affleck!

The solid, masculine image projected by this director, producer, leading man, and overall Hollywood power player can border on a kind of stuffy elder statesman status at times… in other words, not the type of person you’d expect to see letting it rip on at the high-stakes blackjack tables. But as we’ll see, both can and do co-exist in the same man. 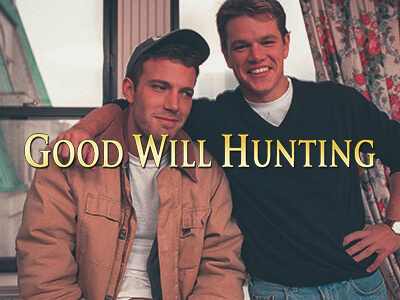 Today, Affleck is not only a household name, but a true powerhouse in Hollywood and beyond. His success was hardly achieved overnight, however.

Affleck has been active in the film industry since his childhood, making his first appearance at age 9 and attaining significant success by his early twenties in Kevin Smith’s films like Dazed and Confused and Mallrats.

It was with 1997’s Good Will Hunting, however, that he became a household name. Co-written with his co-star and childhood best friend Matt Damon, this film catapulted Affleck to bona fide golden boy status… winning him his first Oscar in the process!

Since then, Affleck has gone on to become a major player in the movie industry. He has been prolific as an actor, a producer, a screenwriter, a director, and a philanthropist, and is now a true force to be reckoned with on the scene.

Today, he is as known for Good Will Hunting as he is for Gone Baby Gone, The Town, Argo, Batman, and Gone Girl. As Affleck continues to shift towards direction and producing, without slowing down as an actor, fans can expect this list to continue to grow. 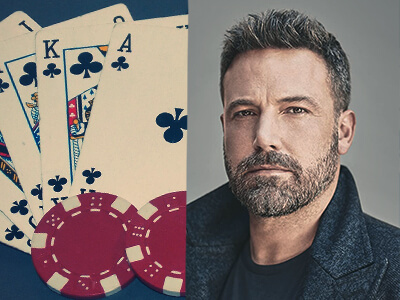 If Affleck’s gambling story doesn’t quite match up with his public image, consider this detail: by all accounts, he’s an extremely talented gambler.

Consider that, back in 2004, he pulled off the impressive feat of winning the California State Poker Championship. This victory came with a payout of a whopping $350,000, as well as a seat on the World Poker Tour.

A win of that magnitude means that he defeated the field of 90 players, which certainly included several high-level professional players.

This proves that Affleck is anything but a dilettante.

Lifetime Ban at the Hard Rock

News media and tabloids ran the headline that the almighty Ben Affleck was banned from the blackjack tables at the Hard Rock Casino in 2014.

Generally speaking, most casinos would bend over backwards to attract an A-list celebrity like Affleck to their tables. Guests with that level of fame and financial flexibility tend to draw many, many more clients to their tables, most of whom will help line casino coffers!

As such, it was generally assumed that the ban was due to extraordinarily bad behavior. Surely possibly something extremely unsavory or illegal must have been going on!

This is unfortunate, though, because nothing could have been further from the truth…

… in fact, Affleck had been banned not because of any unsavory acts, but because he won too much at blackjack!

The house correctly determined that Affleck was a top-tier card counter, and that he was likely to walk away with big wins if left to his own devices. After all, he had won $800,000 playing blackjack at the came casino in 2001!

… even when they are (literally) Batman!

A Gentleman and Scholar

In a widely-reported 2000 incident, Affleck and Damon joined forces for a night of high-stakes blackjack in Vegas. Once again demonstrating that their gambling abilities far outshine those of the average player, the pair won a handsome $140,000 that night!

But that’s not all…

… not only did they win big, but they didn’t take a single dime home with them! The wealthy pair opted instead to tip every casino employee they interacted with that night to the tune of $5,000.

That’s truly classy behavior – class that no amount of money can buy.

Over the years, the press has had a field day with Affleck gambling stories.

They discuss his play in terms of alcohol use, and usually mention the many glamorous women he has dated. Many stories have insinuated that he might be suffering from problem gambling – but from where we are sitting, this seems to be far from the case.

It appears that, at the end of the day, Affleck is no gambling addict. In fact, he seems to be a first-rate player who also just happens to be an international celebrity.