XPRO Gaming (or XPG, as they’ve been called since the re-branding) is a Slovakian development company established in 2005, currently operating via offices in Bulgaria, Moldova and Israel.

Like many of their rivals, the provider aims to become the number one in live casino industry, relying heavily on innovation and flexibility as a means to an end.

While live gaming remains their core business, they’ve also teamed up with BetSoft, Pragmatic Play, Betradar and Concept Gaming, and integrated their products into their own gaming platform.

At the same time, partnership struck with EveryMatrix made their games available on the GamMatrix platform. XPro live dealer software is officially certified by iTech Labs. 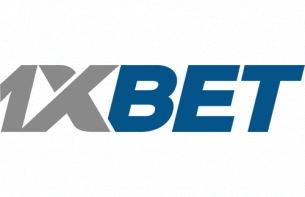 XPRO live games are streamed 24/7 from well-equipped studios located in Bulgaria and Moldova. They’re designed to look like an authentic casino and use advanced Cammegh audio and video recording equipment.

Standard options include video and audio adjustments, history, and Live Chat function which addresses the need to interact with the dealer and other players. The interface is generally easy to use, and may be in fact too simple. The company was frequently criticized for not integrating game rules, so you’ll be happy to know they’ve now been included.

XPRO is one of the few developers to offer dealer tipping. They also provide Multigames feature which enables players to play 3 Roulette, Baccarat or Dragon Tiger games simultaneously on one screen.

At the end of 2016, Lobby design was updated to offer better functionality and greater flexibility, with added functions allowing users to see available game limits, history of winning numbers and outcomes, and 3 UIs for Multigames feature.

XPRO offers classic European Roulette with a single zero and French bets. Betting time of 40 seconds should be more than enough to make a decision, and if you think that’s too much, try more dynamic Fast Roulette.

Players can save their favourite betting pattern and repeat all bets from the previous round. Mixed screen view places the video in a small window on the upper half of the screen, displaying minimum and maximum bets, along with statistics, on the right-hand side.

Digital image of the betting table, occupying the lower half, is used for placing bets and tipping the croupier. XPRO additionally offers Auto Roulette which plays with a physical wheel but without a dealer, and VIP Roulette with higher betting limits.

Live Blackjack is played with 6 decks and features Bet Behind option allowing players to join in even if all 7 seats are occupied. Do note that any action taken by the seated player automatically affects the one betting behind, providing their balance allows it.

Blackjack pays 3:2, dealer stands on 17s, while players can double on any card and subsequently receive a single additional one. If the dealer’s first card is an Ace, participants can choose to take Insurance which costs 50% of their initial stake and pays 2:1.

Even Money feature becomes available in case the dealer’s first card is an Ace. Should the player accept the offer while holding a Blackjack, payout will change from standard 3:2 to 1:1, regardless of the dealer’s hand.

Betting time lasts only 8 seconds, which on one hand means the game plays fast, but on the other could make you miss a round if failing to react promptly. Do note that bets need to be confirmed in order to be accepted.

Whichever of the view you choose, it will feel as if sitting right across the dealer. Cards feature oversized markings to ensure better visibility, and the uncluttered layout is pretty much guaranteed thanks to few options offered.

No Commission variant pays 1:1 on the Banker as well as the Player, except when the Banker wins with a total of 6, in which case the payout is only 50% of the amount staked. Featured side bets include Banker Pair, Player Pair, Dragon and Tiger. One can choose to display classic roadmaps or hide them to have an obstructed view of the table and the dealer.

Live Caribbean Stud is a multiplayer game played with a single deck. Dealer qualifies with an Ace and King combination or higher, and in case they don’t, Ante bet will pay even money and Raise bet will push.

The top payout of 100:1 is delivered by Royal Flush. What’s unusual is that the physical cards dealt to players are superimposed by their digital representation, which improves visibility but doesn’t do much for credibility.

Live Single Texas Hold’em uses one deck, shuffled after each round, and deals only one hand which everybody bets on. Participants are offered to place optional Bonus side bet based on the combination of their own two cards.

Any pair from 2 to 10 pays 3:1, and the highest amount of 30:1 is delivered by a pair of Aces. Game views and interface are as near as identical to those of other XPRO live games. Buttons on the right offer a view of betting limits and history of last 10 rounds, and all betting controls have been placed at the bottom of the screen.

Dragon Tiger is a game popular amongst Asian players, probably due to its similarity to Baccarat. Only two cards are drawn, one for Dragon and one for Tiger, with players betting on either of the two being higher or staking their money on a Tie.

The game comes with a range of side bets, namely Big and Small (card value bigger or lower than 7), and Dragon or Tiger Diamond, Spades, Hearts and Clubs.

Andar Bahar, a game particularly popular in India, is a simple 50/50 game played between the house and the player. It starts with the dealer placing a single card (joker) in the middle of the table, after which they continue dealing cards face up on A (Andar) and B (Bahar) spots.

Once a card matching the initial one turns up, the game ends, and players that have correctly guessed on which side it will appear, win the round. Before the dealer starts dealing, they’ll offer a side bet paying 8:1 if the first card turns out to be the joker.

In a game of Live Sic Bo the dealer will throw three dice and players bet on the results of the throw. One can bet on a Single Number (1, 2, or 3 occurrences), place a Combination bet (two numbers), bet on Any Triple (same unspecified number coming on all 3 dice), Total (specific total from 4 to 17), Small (total between 4 and 10), and Big (total between 11 and 17).

Trips, which is a wager on a particular number coming up on all 3 dice, delivers the highest payout of 150:1. The dealer sits at a table with a superimposed digital image of betting options, while a separate window displays an enlarged view of the glass container holding the rolling dice.

The object of the game is to guess which slot the pointer lands on and each player is allowed to make as many bets as they wish. In terms of the environment, camera movements, liveliness of the host and payouts, XPro’s Wheel of Fortune is significantly inferior to Evolution’s Dream Catcher.

XPRO live games are hosted by English-speaking dealers (not necessarily native), though private table solution comes with a range of customisable options, including the language the dealer communicates in.

Live Roulette, Baccarat and Dragon Tiger can also be accessed online via smartphones and tablets, or alternatively with the help of a user-friendly Android mobile app.

This is where the benefit of super-simple interface comes across the most. The only issue is finding a casino that carries XPRO mobile products, which is easier said than done.

XPRO employs friendly, attractive female dealers, most of which are quite communicative without being too chatty. Complete absence of gentlemen, combined with the revealing outfits worn by the ladies, makes us believe the developer is primarily targeting male players.

Still, regardless of your gender, you’ll probably enjoy the interaction.

Competitive Advantages and Points of Difference

XPRO Gaming features one of the largest live game portfolios and many consider them to be one of the segment leaders. While giving them credit for diversity, we can’t but notice multiple elements begging for improvement.

Live Blackjack comes without the usual side bets, such as those featured by Evolution and ViG live casinos. Video quality is at best average, game options very limited, and English being the only language spoken by dealers indicates lack of interest in making their games appealing to a wider audience.

Hopefully the company’s future plans include upgrading the products they already have, rather than expanding the range even further.