From the very first day, it was founded by Swedes Gustaf Hagman and Robin Ramm-Ericson in 2011, Leo Vegas has been a casino brand on a mission – to lead the way in the future of online mobile casino gaming. And by any stretch of the imagination, that’s the what they’ve managed to do. Our review found Leo Vegas to be one of the best online casinos available in a variety of areas. With over 900 games available, most of them (over 600 at time of review) optimised for the mobile experience, they’ve got enough choice to impress even the most hard-core online casino goer.

This brand is the elite of live dealer gaming. Their game selection is second to none and it’s hard to find a casino with more private tables than them. I might be slightly biased, but Leo Vegas is in my opinion the best live dealer casino at the moment.
James Hoarden
Professional Live Casino Reviewer

Leo Vegas has you covered there too. With 21 game variants, provided by Evolution Gaming and Extreme Gaming – including all the casino classics such as blackjack, roulette, baccarat and poker in multiple guises – you’ve never been closer to the casino floor from your home. Oh and this includes a ridiculous (count em) 28 different live roulette tables, spanning all the popular versions (American, French, Double Ball etc.), as well as some you may not have heard of. Truly the casino for live roulette connoisseurs! That goes for the lower rollers too, as with live party roulette you can bet for as little as 10p per spin. Or if you’re feeling to splash your cash, the high roller tables take maximum bets into the tens of thousands. Live casino users can also experience the award winning Immersive Roulette table, including multiple camera angles and slo mo features. Or how about the interactive Wheel of Fortune from Evolution Gaming that is called the Dream Catcher? This live dealer slash slot game mashup, premiered exclusively on Leo Vegas and has since proved wildly popular. As you can see, there’s something for the (live casino) gambler of any persuasion!

Nominally, the Leo Vegas site is available in the following list of languages: English, German, Norwegian, Swedish, Finnish, Czech, Slovenian and Dutch. However, we found it quite difficult to find the change language option, and even when inputting the native URL we were redirected to the UK site – probably because that was where we were visiting from. But we could see this being frustrating if you were abroad and wanted to play in your native language. What certainly isn’t though – is live roulette, available in German, Spanish and French. There’s also an English themed ‘London’ table. Let’s hope it doesn’t include the rain, eh? As a formality Leo Vegas also publishes a list of excluded countries – these are: Afghanistan, Curacao, Cyprus, Ethiopia, Iran, Iraq, Kuwait, Somalia, United States of America, Syria, and Yemen.

The private tables at LeoVegas are entitled Chambre Séparée, we guess to give it a touch of French classiness. Whatever, they still work the same – and are a nice addition, which not all online casinos offer. At a private table, online casinos can customise a player’s experience when compared with the generic version of the game usually supplied by the developer. This means Leo Vegas can put their own branding and style onto the game – as well as, from time to time, exclusive offers that are only available here and nowhere else! At the moment, they have 4 private tables – 3 in roulette and 1 in blackjack. However, this does include the VIP (high roller) and celebrity versions of roulette, for live spinning wheel experience unlike anywhere else.

As we said, Leo Vegas is a mobile focused online casino – so what would you expect except top tier applications for both Android and iOS devices? Some casinos won’t even give you half of their games to play on mobile apps, but Leo Vegas has an astounding 600 (although mostly slots) games for mobile play – and they’re adding more all the time. The apps are functional and easy to use, without going overboard on the aesthetic theming, and are better for it. Leo Vegas’ live dealer games run smoothly on most modern handsets, but for the high end titles such as immersive roulette you may want to check the specs of your device. The rest of their extensive library can be accessed in browser on a tablet or larger device, for a complete on the go experience. Oh, and you also get a fresh new bonus when you launch up the Leo Vegas app. Which is pretty nice of them!

If we were to pick the features that help Leo Vegas stand out from the online casino crowd, we’d honestly be spoilt for choice. A huge number of titles, in both slots and live casino gaming arenas, should leave even the most discerning gambler happy. Their mobile applications are smooth and feature almost all of their library. They have great bonuses on mobile and desktop. Literally the only true negative we could think of is the fairly slow pay-out speed and even that isn’t really below industry standards.

In terms of payment methods – Skrill, Neteller, Bank Transfer, Visa, MasterCard and PaySafeCard are the options available at Leo Vegas. These cover most of the major bases, and can all be used to withdraw as well as deposit. Which isn’t always a given at many online casinos! Leo Vegas is a truly international brand, and so accepts a fair few major world currencies. These are: Euros, British pounds, Australian dollars, Swedish kronas, New Zealand dollars, Swiss francs, Czech korunas, Norwegian kronas and Danish kronas.  So if you live in Europe or Australasia you shouldn’t really have much trouble getting started here. The minimum deposit and withdrawals are both set at £/$/€10, which is pretty good compared to many other casinos. Withdrawals can be quite slow however – even with e-wallets we found it can take over 24 hours to complete and bank transfers up to 5 days. The first three withdrawals a month are free and then you will be charged £3 a time after that. The withdrawal limit goes on a scale depending on your VIP points, from £/$/€100,000 to £/$/€300,000 at max level. However, these are all preceded by ‘unless a larger amount is agreed with LeoVegas’, so if you’re a truly high roller you may be able to increase that further.

Compare Leo Vegas Against Other Casinos

No, these are exclusive to Leo and it could be that they actually came up with the concept themselves, as we have not seen anything similar to this at any other live casinos.

Can you play Dream Catcher on the Mobile Live Casino Version of Leo Vegas?

Yes. All (or at least the majority) of games from Evolution Gaming can be played on all mobile devices with iOS and Android. We have not yet tested their games on Windows Mobile though.

The playing experience on Dream Catcher from mobile is actually great. The user interface adjusts to your screen perfectly in either landscape or portrait mode letting you place bets and still enjoy the show.

How does Leo Vegas compare to other top live casinos?

Chambre Séparée is their own dedicated live casino section where You’ll find private live blackjack and roulette tables. They also have their own Blackjack Party table in English and Danish. When it comes to native tables – German, Spanish, Turkish, Greek, Russian and Danish speaking dealers are available for roulette and a choice between Danish and English for blackjack.

Why We Love Leo Vegas Casino:

Outstanding selection of live tables with a separated, private live casino area.
Amazing playing experience via their mobile live casino app.
Up to 10k/hand on live blackjack and 1k straight up on live roulette - flexible limits! 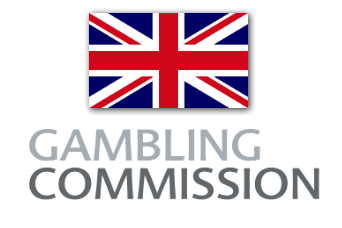