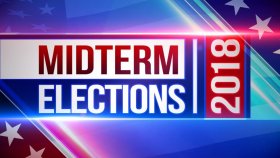 The decentralized betting market is growing and the case of Augur over the US elections for the House and Senat perfectly illustrates this point. On the election night, Augur has recorded over $2 million in different bets on the outcome. At the early stages of the election day, the value of bets was at $900,000 but then it climbed to over two million as the election night’s end loomed near. The same value is a new record not just of the company and its platform but for the entire domain of decentralized wagering.

Not just that, but the platform managed to overcome some other traditional betting services. Betfair is the biggest global betting platform that traditional takes wagers on these types of events. However, this time around, the company recorded a profit that was 60 percent smaller than those of Augur. On the election day, the co-founder of Augur tweeted that there was over $700,00 taken on the Midterm election, PredictIt, another company in this domain has $500,000 and Betfair, the biggest player, had $3 million. In this view, the same numbers showed the progress that the company made.

Augur was created as a system that is built on the ethereum network protocols. The same cryptocurrency and blockchain is currently in its second phase of development, while layer one of the same protocol has been well established. There is a possibility that Augur, like many other platforms that use ethereum, will be able to explain their service thanks to future developments. These could, in theory, broaden their appeal, but as the US election shows, even current functionality is more than enough for many punters, if the platfrom can wheel them in.

Before the elections, Augur’s largest market was that which predicted whether or not will the price of ether reaches $500 before the end of 2018. It was valued at about a half a million USD. Yet, in a very short amount of time, the election’s market managed to reach $1.3 million in ETH. It would be easy to mark this as a huge accomplishment for the platform and its ability to tap into a solid piece of an already developed scene thanks to Betfair.

But, there is a different angle to the entire setup. In September, Augur features less than 40 active daily users. The company’s struggle to expand its original base was evident and according to some analysts, it did not go away for the Midterm elections. Instead, a source who is familiar with the activities in the Augur stated that the bets from this market came primarily from two cryptocurrency whales. These began to bet and then slowly upped each other’s stake. It started when one of them placed a 1000 ETH bet that the Republicans will win the House.

Later the same day, the other whale placed 1,500 ETH that the opposite will occur and that the Democrats are taking the House. Thus began a period of prolonged and intense bets and counter-bets between the two. A couple of days later, it managed to break the record of both the platform and an individual market on it.

Of course, as the media picked up the story about this Augur market, others started to join in, but the share of these two whales remained relatively big. One had about 40 percent of the stake for the Democrats, while the Republica stakeholder had about 37 percent. Combined, they still possess almost 80 percent of the entire market at the end.

While countless individuals might not have flocked to Augur to make their crypto bets, there is one other important factor – with the public spotlight on it, the platform would be in the worst position to slip up on anything. It did not.

Instead, Augur system worked without any issue whatsoever, providing the company with a solid notch in their overall reputation. Now, it has to work to reach not just beyond the whales, but also beyond the crypto adopters and try to pull in ordinary citizens who would be able to enjoy decentralized betting services like it provides.