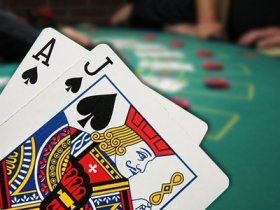 Is there any casino game more appealing than blackjack? It is the most popular table game in the world, and also among the most famous. Under optimal conditions, it can offer players the best odds available in any casino.

There are only five choices available: hit, stand, split, double down, and surrender. Players who know which choice to make under any circumstances will find themselves in an excellent position. That’s right…

…players have to know what to do not some of the time, not most of of the time, but all the time. Under every single gaming scenario.

The good news is that anyone can learn perfect play!

The bad news is that, unlike in school, where getting 97% on a test is considered a great success…

…every mistake, no matter how small, increases the casino’s already notable edge.

This is something serious players need to know backwards and forwards, standing upside-down in a blizzard with a baby screaming in one ear and a vacuum cleaner in the other.

With all that said, let’s take a close look at what perfect play really is.

The first is knowing the proper response with any two cards, against any dealer card. And that comes down to this chart:

Take time to study this chart. Refer to it as often as you like – in fact, there is nothing illegal about printing it out (or making your own) and bringing it to the table with you!

Once players have this information down cold, it’s possible to move on to the second component in the process.

This is the “blackjack order of operations.” We mentioned that there are only five options in the game of blackjack…

…but we haven’t yet mentioned that those actions are best considered in the following order:

Question one: should I surrender?

Most casinos that offer surrender will only allow it after the first two cards are dealt.

If you don’t surrender first, you can’t surrender at all… and that’s why this is the first question a player should ask. If the answer is no, continue on to…

Question two: should I split?

Again, this is only available to players if the first two cards dealt are a pair or two cards valued at ten (like a queen and a jack).

If the answer is no, continue on to…

Question three: should I double down / is doubling down allowed on my hand?

When it’s time to double down, players should be very happy… one only doubles down when one has a great hand, and are likely to win!

Some casinos do restrict the range of hands where doubling is offered, so players should be aware of the table rules. If it’s not time to double, then it’s time to continue on to… 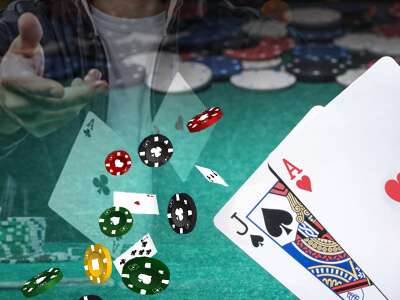 Question four: should I hit or stand?

The last question to ask. Refer to the above chart to determine the right course of action, but only do so once the previous three questions have been answered.

Clear enough? Those are the basics of perfect, winning blackjack. Now, you should be ready to hold your own at any table in the world.

But before jumping right into the fray, there are still two important caveats to consider:

First, playing perfect blackjack does give players the best odds against the house of any casino game. But…

…it does not overcome the house edge.

For that, card counting is needed. And that is a whole other kettle of fish.

And second, some of the most impactful decisions players have to face take place away from the table.

This means choosing the right casino, the right table, and taking advantage of bonuses and player cards.

There’s so much to love about blackjack – not in the least some great movies on the subject – but nothing appeals quick so much as winning!

Keep in mind also that this refers to basic blackjack strategy. Once it is mastered, players can move on to more complex rules about how to play perfect blackjack at tables with different house rules, how to count cards, and more.

This is a beginning, not an end point. But that’s part of the fun! If beating the house were easy, everyone would do it!

To really rise above the competition takes dedication, practice, and hard work… but when playing responsibly, the rewards are sweet…

…and the journey is a lot of fun, too.