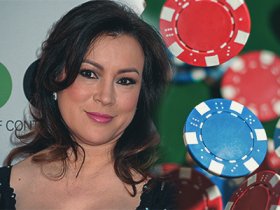 Most stories about famous gamblers fixate on fabulously successful stars who occasionally dabble in a small amount of brick-and-mortar or online casino gambling.

And with good reason!

People who love the music of Jay-Z or the movies of Ben Affleck may get a real kick out of seeing their favorite celebrities from a new perspective.

But there are other stories out there…

… stories where a successful Hollywood player makes a move towards playing in disciplined, professional manner.

That’s the story of Jennifer Tilly.

No dilettante, this wildly prolific artist has pivoted not once but twice (so far) into pro poker’s top echelons, then turned back to acting. It’s a one-of-a-kind career by any measure.

A Life in Hollywood

After beginning her career with supporting television roles, including turns on smash hits Cheers and Frasier, she scored a massive success in 1989 with The Fabulous Baker Boys, opposite Jeff and Beau Bridges. This was followed by Woody Allen’s Bullets over Broadway, for which she was nominated for an Academy Award, the Wachowskis’ Bound, and the Jim Carrey comedy Liar Liar.

Despite this phenomenal run of success, it was in her voice acting that she achieved truly iconic status. She provided the sound world of the serial killer Tiffany Valentine in the Child’s Play franchise, then moved on to voice important parts in such diverse programming as Family Guy, Monsters Inc.,Hey Arnold!, and Stuart Little.

She has also appeared on Broadway in the plays The Women and Don’t Dress for Dinner, and won a Theatre World Award for her performance in the play One Shoe Off.

It’s a tremendous output, with successes spread across a great variety of styles. But perhaps the most surprising element of Tilly’s career is that, in 2004, she gave it all up to play poker. 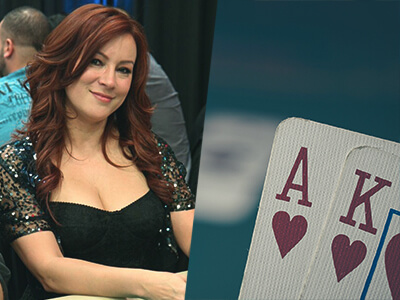 How did this starlet step away from acting and onto the casino floor?

Since 2004, Tilly has been in a relationship with the noted Irish-American poker professional Phil Laak. This is usually cited by the press as the reason for her turn as a poker pro herself, but as she’s stated in interviews, this gets the story backwards!

The two met at the 2004 World Series of Poker Invitational… an event that, incidentally, Lack won!

But what brought her to that tournament?

A lifelong love for the game, of course!

As it happens, Tilly’s father was a gambler and poker player. He gave her the video game World Series of Poker, which is deliciously ironic considering that she bested a field of 600 to win a bracelet at the 2005 WSOP in the Ladies’ No-Limit Texas Hold’Em event.

Whether it was nature, nurture, or some combination of the two, Tilly has enjoyed tremendous success at the tables, amassing over $1 million in lifetime live poker tournament winnings to date.

It should be noted that, while Tilly played poker professionally since 2004, she never gave up acting altogether. Then, in December 2008, though, she stepped back from the tables to focus on acting once again. 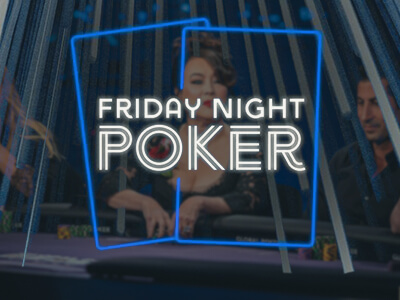 For one, Tilly is regularly invited to appear on poker television shows – such as Big Game, Poker After Dark, Friday Night Poker, Poker Night in America, and the UK’s Party Poker show – which provide a boost to her brand and her bottom line. It doesn’t hurt that her game is top-tier, regularly placing her in the money at the world’s top tournaments, but it would be absurd to think that her celebrity has nothing to do with it.

Whatever the reason an individual opponent may have for thinking they can beat her, there can be doubt that Tilly has profited greatly from their mistaken impressions over the years!

There’s no greater gift to a serious poker player than underestimation – it leads other players to play far too aggressively, and sets you up for big paydays.

No matter how you look at it, Jennifer Tilly is a one-of-a-kind person, actor, and gambler.

For our part, we can’t wait to see what she does next, both at the tables and on camera. Hollywood and Las Vegas are two towns that tend to put human beings into very narrow categories, and Tilly seems to be defying them all, and having a great time while doing it.