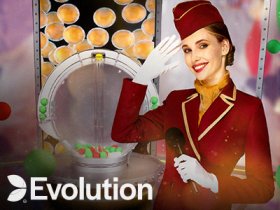 It seems like every design firm in the game is getting into Live Dealer games these days.

Some companies, though, are light-years beyond the rest, in a class by themselves.

Evolution Gaming is one of these. They came early to the Live Dealer trend that has swept the industry, and have continued to innovate and grow at a breathtaking pace in recent years. They’re currently one of the hottest firms in the business…

… and the release of of Cash or Crash helps show the reason why.

This title offers a totally unique gaming concept, appealing visual design, as well as RTP that absolutely blows the competition out of the water. Let’s explore this phenomenal title in depth!

Before delving into the details, though, let’s take a closer look at this intriguing designer. 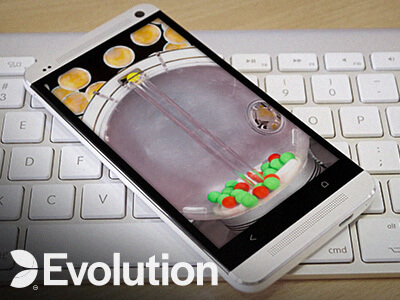 In the ever-shifting world of online casino gambling, Evolution Gaming has provided consistent excellence and innovation since its founding in 2006.

With offices in the UK, Latvia, Italy, and Malta, they provide Live Dealer solutions for the European market par excellence. They develop their own titles, while also working closely with other major operators – including William Hill, VC Bet, 888, SkyBet, and Paddy Power, just to drop a few big names among many – to stay ahead of the industry curve at every step.

This business model has yielded a powerful position for Evolution Gaming, allowing them to throw their weight around, making big moves all over the world, generally making sure that their prestige status is cemented for the long haul.

One small example of the classy way they do things: the actual roulette wheels used in their live dealer studios are made by Cammegh, one of the most high-end manufacturers in the world.

Could Evolution had saved some money by going with a less expense vendor?

But cutting corners isn’t how they do business.

This approach to gaming suggests great things for clients, whether other companies or individual players. So where does this title fit in?

If players get the sense of soaring through the skies while playing this title, there might be two legitimate reasons why.

The first is the fantastically original visual premise: using augmented reality technology, the design team takes the player on a guided, virtual airship ride through the skies! As they ascend the 20 possible rounds of betting, the Earth falls away and the big payouts hidden in the clouds get nearer and nearer.

(Though it doesn’t feature the famous spinning wheel, this game shares some elements with Evolution’s excellent Live Monopoly offering. A closer look reveals the same animated landscape in the far background!)

Gameplay is easy as can be. There’s a 20-second betting period, during which players decide if they wish to buy in, and if so, how much to wager. Then, a ball is drawn from a central drum. There are three possibilities:

When a red ball is drawn, the entire wager is lost. When a green or golden ball appears, though, players have a decision to make:

The object of the game, essentially, is to win as much as possible, then exit the game with those winnings intact before the blimp crashes. Since the game is being live streamed, if you exit before the crash, you can watch the rest of the round unfold before the next betting period begins.

Important to note: any golden ball awards players an “extra life,” whereby the drawing of a red ball will not eliminate them from the round.

Also, since the balls are physical entities (rather than a random number generator), the drawing of each green ball means that there is one fewer available for future drawings within a given round. This means that, the higher one climbs in a round, the higher the chances of crashing.

The title is streamed live 24/7 from Evolution’s studios in Latvia. The betting range is vast, from $0.10–1000.00 per round. Though it’s technically a lottery/Keno style game, the RTP of 99.59% puts this title ahead of any Keno offering, as well as nearly all slot and table games (with the exception of advantage blackjack play) in terms of bang-for-the-buck.

A final note: though the top payout rate is a jaw-dropping 50,000x, the max payout is $500,000. If choosing continue would take players over this threshold, the only options available will be Take Half and Take All (we strongly recommend the latter for this happy case).

With a top name like Evolution gaming, players can enjoy the benefit of having many potential casinos to choose from.

For this title specifically, we recommend Casoo Live Casino, a fine outfit that offers many of the best titles and design firms in the industry, as well as outstanding bonuses for new players.

There are plenty of other excellent choices available, though, including some of the best-regarded lobbies in the industry. These include LSBet, Zet Casino, and Tsars, as well as Jetbull and Betsson.