Has The Online Gambling Mecca Malta Become an Unsustainable Base for iGaming Companies? 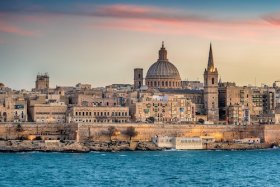 iGaming companies. Being a member of the European Union since 2004 and having advantageous tax laws played a major role in this success.

There are more companies than ever basing themselves in the region and this now starting to put a strain on resources and talent. The discrepancy between the supply and demand for the leading talent is leading to costs spiraling out of control.

This means that the smaller companies struggle to survive and can often be priced out of the market by their bigger competitors. Some believe that Malta is becoming an unsustainable base for iGaming companies.

Why Malta became a leading destination for iGaming companies 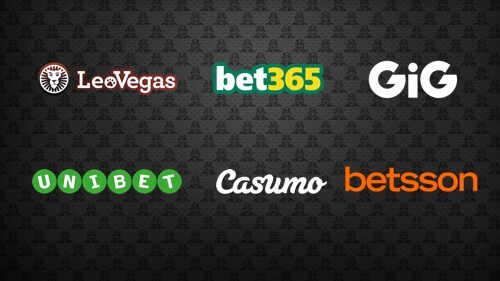 Malta is home to the biggest names in iGaming.

Malta is a small island in the south of Europe with a population of around 475,000. While it is one of the smallest countries in the world, it has been a leading destination for iGaming companies for many years.

The main reason for this is due to Malta being the first European Union member to regulate online gambling. A large portion of the online gambling sites you will see today targeting European players will be regulated by the Malta Gaming Authority.

At the turn of the century, online gambling platforms were taking off in popularity as more and more people got access to the internet. The Maltese authorities saw the gap in the market and quickly established themselves as a top destination for these burgeoning iGaming companies. Being a member of the European Union, it meant that operators could have easy access to the entire European market. It also meant that workers could easily come to the country from other European nations without needing visas.

To further encourage these companies coming to Malta, the government set advantageous tax rates for the sector. Therefore, since 2004 there has been a steady increase in the number of gambling-related operations being based in Malta. This is now leading to some problems.

While for many years Malta was the ideal fit for these iGaming companies, eventually a strain on resources and talent began to emerge. With more and more people locating themselves in Malta to work in this sector, this has caused housing prices to skyrocket. Many economists believe that there could be a property bubble and that people need to be cautious.

This is not going to get any better as numerous companies are planning to move their operations to Malta as a result of Brexit. For example, Bet365 is moving as many as 1,000 workers from Gibraltar to Malta due to Brexit, with all of these people naturally needing to find accommodation.

There is also a relatively small talent pool that all of these companies are fighting for. This is leading to massively inflated renumeration and as a result, costs are spiraling out of control. A lot of the smaller private companies cannot keep up with these rising costs and are effectively priced out of the market.

There are also rumors that the leading companies have rules and agreements in place that prevents them from poaching talent from one another. This was a tactic used by Steve Jobs to prevent the likes of Google from poaching top Apple talent.

When the announcement was made that the British public voted to leave the European Union, it caused waves of uncertainty for businesses located in the region. This move means that businesses will no longer be able to avail of the likes of favorable trading conditions and free mobility of labour across the continent. A lot of companies with major operations in Great Britain as a result are moving their operations out of the region and into other European countries.

While Malta saw this as a great opportunity to take advantage of, it has not quite worked out as planned. While some companies, such as Bet365 are moving some of their operations to the country, many others have been put off due to the poor infrastructure on the island.

According to the Parliamentary Secretary Silvio Schembri, there is currently a lack of top quality international schools and office space in the country. This puts them behind other leading destinations for these companies, such as Frankfurt, Dublin and Luxembourg.

Value of the MGA License Plummeting

Malta Gaming Authority has always been a sort of stamp of approval showing that the company is serious about their business.

However, with most of the EU markets including Spain, Sweden, Italy, Portugal, Latvia, Belgium, The Netherlands, Switzerland and Lithuania being regulated by the government, exactly what is the point of approving for or holding an MGA license these days?

Even more so, most of the countries that have regulated their online gambling markets are requiring the brands to establish and employ locally. Malta, as the gambling capital, could lose any kind of practical value to holders of the MGA license or even as a base for the companies.

The only big advantage remaining in 5 years could be their tax system.

A large portion of the economic growth in Malta in recent years has been fueled by real estate. Some believe that the sector could be on a precipice. Poverty among the local people is rising due to the inflated rental prices.

As more people come into the country from overseas, the higher housing prices will go. Therefore, property price inflation will be sustainable once this influx of foreigners continues and there is no economic downturn. This causes problems for the poor and first time buyers, who are struggling to afford property prices. More of their income will go towards housing and they will become poorer as a result.

A lot of the professionals coming into the country are looking outside of the city for more affordable options. These are areas where locals previously found affordable options, but this is no longer the case. Home ownership has been a key part of the Maltese culture something which places additional strain on resources.

The housing schemes that were very beneficial to locals for so many years have been halted. For the last five years, no new housing projects have been built to create affordable housing. Private property developers claimed that home ownership schemes were unfairly competing with the private sector.

If nothing is done, property prices will continue to rise and rise, likely leading to a significant bubble.

Live dealer casinos on the move?

Live dealer casinos have exploded in popularity in recent years, with the surge being fueled by games like Lightning Roulette, Deal or No Deal, 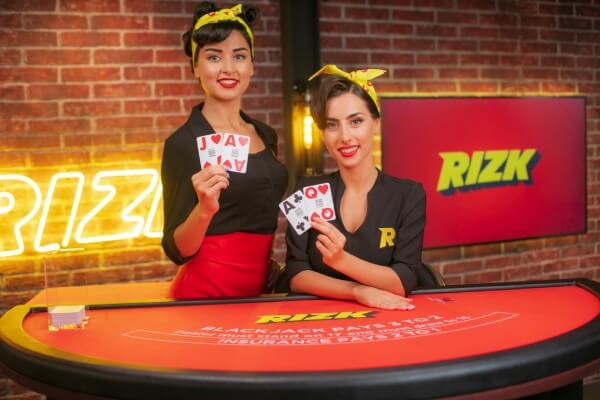 The new Rizk live dealer studio – one of many that are based in Malta.

Monopoly Live and Infinite Blackjack, and are constantly going from strength to strength.

Malta plays host to many of these operations. Evolution Gaming, for example, has over 600 workers in the country and the majority of their live dealer tables are based in Malta.

They cater for the likes of native Danish, Norwegian, Finnish and Swedish live roulette tables, with Evolution Gaming being very popular among Scandinavian youths. Betsson has a number of custom studios in Malta too, with live roulette and blackjack tables also targeting the Scandinavian market by using native dealers.

Evolution Gaming has posted impressive results in Q1, but there appear to be doubts about just how sustainable their position is in Malta.

Most of their clients who have private studios are based exactly here. These include, but are not limited to brands like Rizk, Mr Green, Leo Vegas and Casumo.

Could we see the most innovative company in the live dealer casino niche fold their Malta operations? Too soon to say

Gambling rush coming to an end?

While Malta has benefitted handsomely over the years from their lofty position in the iGaming space, could this be about to change? The shallow talent pool, rising costs and strained infrastructure are all major concerns.

There have also been some links between criminal organizations and certain iGaming companies basing themselves in Malta. Now there are links between the Italian mafia and online gambling companies. According to Palermo Salvatore de Luca, a leading anti-Mafia procurator:

“Malta has become the capital of online gambling and the Mafia bosses thought that this would be a good financial vehicle for them and less risky than making their money from extortion.”

There is no doubting that the sector has been great for the country. It only took a few years before the sector accounted for 12% of the entire economy and there were 9,000 jobs created. There has also been an indirect effect on the local economy as a result of this influx of money.

Significant remedial work needs to be done in order to preserve Malta’s iGaming success going into the future. Otherwise, there will be an end to the great online gaming gold rush in Malta.

Many other countries and cities are willing to take up the mantle. One city that has been benefitting from companies that are dissatisfied with their operations in Malta is Barcelona. A lot of companies and workers are now relocating to this city as there is a larger pool of talent available and more favorable conditions for companies.

Another burgeoning destination is Tallinn, Estonia. It is a hub for the technology sector, particularly for the ever growing cryptocurrency sector.

CoinGaming, owners of BitCasino.io, is one of the biggest operators to base themselves there, with more than 300 workers in the city.

What Does This Change for You as a Player?

The uncertainty in regards to MGA license and Malta’s longevity as a gaming hub doesn’t really hurt consumers almost at all. It’s more of a pain to the people working in the industry and casino business owners.

Most of the EU markets are already regulated meaning you are already playing at brands regulated on a national level – no change. If you were playing at offshore casinos, they were not licensed in Malta either and most likely held a Curacao license.

If anything, licensing on a country level will enable you to have a safer playing experience and a more tailored offering of games, promotions and payment methods. Sounds like a win to us!