Pragmatic Play to Enhance its Foothold via Estelarbet 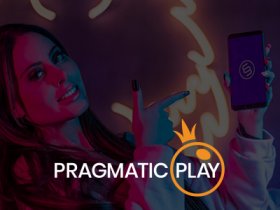 Pragmatic Play, the eminent producer of casino content for the wider sector, has just decided to broaden its foothold by signing an agreement with Estelarbet. The new arrangement will see the leading supplier launching its games via the LatAm brand and further enhancing its worldwide presence.

Under the terms of the new deal, Estelarbet customers will gain full access to Pragmatic’s slot offering including Juicy Fruits, Wolf Gold, and Great Rhino Deluxe. It will be followed by the inclusion of additional categories such as live casino and virtual sports portfolio.

“We’re very happy to be taking multiple products live with Estelarbet, which has an exciting presence in LatAm.

“Our offering continues to grow, and we’ve made impressive inroads into the continent so far, and we’re eager to maintain our current trajectory.”

CMO at Estelarbet, Sebastian Salazar says that taking three verticals from Pragmatic and launching them to customers will be a huge advantage. His company is delighted about the new deal. Sebastian concluded:

“With an exciting roadmap for products across the breadth of its portfolio, we can’t wait to enjoy a long relationship with Pragmatic Play.”

Pragmatic Play is focused on extending its footprint as well as on delivering new games, which promise to become a player-favorite. The company has launched Wild Booster, a remarkable video slot with a 3×5 layout and incredible symbols including casino floor, fruits, gems, lucky 7s, and Diamonds. Playing the game could result in many winning possibilities thanks to the inclusion of numerous symbols such as Wild modifiers, with multipliers of up to 100x, Super Modifier, with a Max win and Bonus Spins round. The former is activated when matching three or extra scatters on the reel, allowing users to select the mode and enter it.

The developer has also added another hand-picked release, Power of Thor Megaways™, introducing the story of Norse God of Thunder, with 117,649 pay lines. This game is also specific for versatile symbols such as tumbling wins, Thor’s Hammer, Wilds, and more. There is also a Bonus Spins round triggered when four or more scatters appear on the reels, spelling out Thor’s name. Up to nine Scatter symbols can appear on any spin triggering up to 30 Bonus Spins. The game also includes a Gamble feature allowing users to double their winnings.