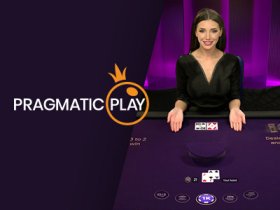 First-class distributor of casino content to the iGaming industry, Pragmatic Play, has acquired a certification to launch its games in Colombia. Following the new milestone, the company will feature its live casino portfolio in the Latin American country. The company has received a certification from the acclaimed authority, Gaming Associates.

The new launch in Colombia will allow Pragmatic to feature its full portfolio of games including Roulette, Blackjack, Mega Roulette, One Blackjack, Baccarat, and Dragon Tiger via local operators. Its live casino games are broadcasted from an expansive studio in Romania, equipped with the latest 4K video technology and audio system.

“Having our products certified by Gaming Associates is as good a testament to their quality and demonstrates our integrity as a provider. Quite apart from being necessary for the games to be marketed in the region, it’s a sign that our operator partners and their players can rest assured they’re getting rock-solid products that are as high in quality as they are in player experience.

“We’re looking forward to seeing our Live Casino vertical make its way into the Colombian market and provide users with first-class entertainment.”

Pragmatic Play has launched another prospective project in the market. It just celebrated the first week of its €/£7,000,000 Drops & Wins promotion. The new deal will include slots and live casino, allowing players to compete for a part of the €500,000 pool. In addition to it, players will also take advantage of the €500,000 monthly prize pool on live casino titles. The promotion was launched on the 3rd of June and will be available until the 17th of November. The entire prize pool is funded by the developer and is the highest pool to ever be fully financed by the brand.

The new promotion will also enable the developer’s clients to run different promotions, including tournaments, prize drops, and more on live casino hits such as Roulette, Blackjack, Baccarat, and Mega Wheel.

Pragmatic Play is a top-tier provider of live casino, slots, and bingo content. It delivers up to five slots per month and its games are available via a single API. The brand is focused on providing games that are mobile-optimized, regulated, and innovative. It is known for titles such as Wolf Gold, Da Vinci’s Treasure, Peking Luck, Madame Destiny, Great Rhino, and Ancient Egypt among others.