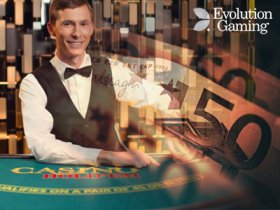 Evolution Gaming has demonstrated its superiority and creativity in the iGaming market. The provider of live casino content has recorded a significant increase in revenue following the end of 2019. The company has made 80% more money as a result of regular expansion and agreements with leading casino providers.

According to the words of Evolution CEO, Martin Carlesund:

“I am he was very satisfied by the Q4 figures, while 2019 had proven an outstanding year from both a financial and operational perspective.”

Taking a closer look at the results, we can see that the software company had 700 live casino tables in 10 studios at the end of Q4 2019. The provider also hired more people, delivering 35% more working positions up to 5,419 during Q4, which pushed expenses about one-third to €57.3m.

Regarding the North American operation of the company, it was only a small part of the activity for Evolution or €6.6m in Q4, which was more than twice from the year before. Asian activity came with tremendous figures, adding 3x higher earnings €17.7m.

Not only did the developer see promising results in Asia and North America, but it also delivered solid figures in the rest of the world. For example, European markets outside of the UK and Nordic region were up 45% to €53.3m. The Nordic performance was also modest with up 24.4% to €6.1m, resulting from regulatory issues in Sweden. UK figures, on the other hand, have increased even slower with 4.3% to €12m.

CEO, Carlesund, is positive about the future of the company. He accentuated the importance of partnerships closed in the previous period including deals with Flutter Entertainment, Penn National Gaming, and Pennsylvania’s premium Parx Casino.

At the moment, Evolution is working on the development of a brand-new studio in Pennsylvanian ground to provide local users with even more content. The CEO has also mentioned preparations for another studio located in Michigan. As a reminder, the company has just presented its new suite of 12 titles at the recent ICE event, including the US-oriented Craps dice game…