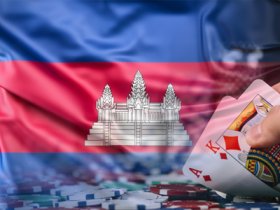 The Cambodian online casino sector has faced significant pressure recently. The local authorities made a decision to put a ban on the local gaming industry starting from January 1, 2020. According to the South China Morning Post, the local Cambodian sector and its key casino location – Sihanoukville – are facing hard times following the gambling suspension.

The Cambodia Authorities have just put a ban on gambling operations. However, SCMP reported that some venues continue offering casino services to local gamblers. According to the report, two online providers – WM Casino and the GoBo East in Sihanoukville – are still providing casino services to players.

A floor manager at WM Casino explained that live dealers in table chances, which used to smile at webcams, served the operator in other regions. Additionally, players can access a YouTube video named, “WM Hotel & Casino,” showing female croupiers and diverse gambling channels that can be used for live gambling purposes.

SCMP further reports that one of the directors of Lixin Group (WM’s parent enterprise) is Hun To – nephew of Cambodia’s Prime Minister, Hun Sen. As a reminder, the Prime Minister approved the Gambling Directive in last August, introducing online gambling content in local venues. At the same time, the GoBo East venue is supported by Deputy PM Men Sam An, who attended the grand opening of the venue in 2018.

It is still to be seen how authorities will respond to claims that some operators failed to respect the online gambling ban. However, some casinos which already terminated their activity will certainly be furious about the claims. The ban on the online gambling operation came with a significant downturn in revenues and profitability, resulting in considerable losses for local companies.

Some experts see the Cambodia ban as a favor to China, which is famous for its number of gamblers on local online platforms. It was followed by China’s support to Cambodia to support leading locations like Sihanoukville in making a shift to the distinctive economic model. At the same time, Cambodia is looking to put its infrastructure on the higher level and turn Sihanoukville in a Shenzhen special economic zone.