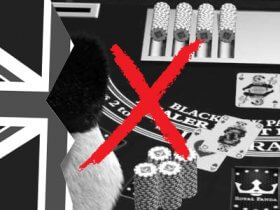 Premium provider of live casino chances, Royal Panda has just decided to withdraw from the UK Gambling market. The company made this step following the latest acquisition by Leo Vegas Group . From now on, the provider will operate under the Leo Vegas casino brand which supplies local customers with regular live casino options.

Royal Panda is currently active in Malta, where it holds certification from the Malta Gaming Authority. After the resolution to depart from the UK market, the company will have more possibilities to expand into gray markets. At the moment, the operator enjoys huge popularity among players in India and Japan, two perspective gaming regions.

As soon as it revealed the decision, the operator stopped accepting local customers from entering its site. Beginning from January 8, 2020, players were unable to signup while existing users had a deadline – January 20 – to make payments and place sports wagers. The operator’s activity was officially closed on January 31 at 9 am. With this step, Royal concluded its 7-year long operation in the UK.

Before closing its dedicated site, Royal Panda users were advised to withdraw their entire balance from their accounts. Those who missed the deadline will have the opportunity to contact customer support and get their funds back. Customer support contact information is available on the homepage.

In case you placed a sports bet, which settles after the shutdown, you will be informed about the settlement of your wager. The previous situation applies only to UK customers.

Royal Panda was launched in 2013 with two gaming licenses from the UK and Malta Authority. The platform soon became one of the most popular gaming sites all around the world. At the moment, the platform is the preferred option on Asian ground and soon it will expand its presence thanks to Leo Vegas Group acquisition.

After the disclosure of UK departure, Royal issued the following statement:

“We regret to inform you that Royal Panda will no longer be operating in the UK from 31 January 2020. We’ve had a great time entertaining you over the years and wish to thank you very much for choosing to play with us.”

“We regret to inform you that Royal Panda will no longer be operating in the UK from 31 January 2020. We’ve had a great time entertaining you over the years and wish to thank you very much for choosing to play with us,”