What is Unlimited Blackjack & Playing it With Live Dealers 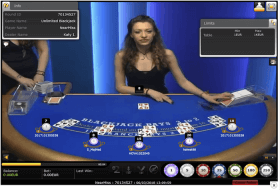 Have you ever noticed that some live casinos (cough *Unibet* cough) have a ridiculously large number of almost identical live blackjack tables? This a common problem in the online gambling world. Live blackjack has proved so popular among you, the players, that live online casinos and game developers have been playing catch-up trying to keep up with demand. With thousands of players around the globe demanding to hit or stick 24-hours a day, it was never going to be long before someone came up with an innovative way to keep all these players happy at once.

Enter, Unlimited Blackjack. Sometimes also called Common Draw Blackjack, this game variety solves the above problem by allowing unlimited players to bet on the same hand – while still making their own bet choices.

Available in single hand or standard five-seat table varieties, Unlimited Blackjack lets as many players as want to sit at one table. Each player bets on the single hand (or one of the five choices), and then chooses to hit, stand or fold in the usual way. However, should you choose differently to one of the other players betting on the same hand as you – both choices count.

So, for example, say you chose to stick on a 17 but someone else betting on the same hand chose to hit. They would receive another card, but it would be greyed out for you and would not affect your bet.

Lastly, all Unlimited Blackjack games will force you to split or fold on a pair or in accordance with the optimum strategy. If you choose to split, a new equivalent wager will be put down on a second hand dealt by the dealer from there on. You can play both, one or either by choosing to hit or fold on the next card dealt for each.

Now that we’ve covered what Unlimited Blackjack is, lets see which live casinos and developers help put it out to the people.

The only 5-hand option out of the three main developers that offer unlimited live blackjack, PlayTech’s version is the one you will find the most online.

LeoVegas has 42 live blackjack games from Evolution Gaming, NetEnt and Extreme Live Gaming. Out of these, only one is unlimited blackjack and that’s NetEnt’s Common Draw Blackjack.

The studio, while obviously a green-screen computer-generated background, actually looks nicer than Ezugi’s or Playtech’s standard offering. NetEnt also setup some fancy effects for when a blackjack is pulled, and they designed a neat system for keeping track of the cards on the side of the screen. However, the betting interface is not as smooth as Ezugi’s unlimited table.

Out of all the live unlimited blackjack games we tried, the NetEnt live dealers found at LeoVegas and other casinos were by the far the most amiable. They were genuinely interesting to listen or talk to, although when there are 30+ players on one table you’re much less likely to get a personal response.

The minimum bet on LeoVegas’ Common Draw Blackjack table is £1, and the max is £1,000 per hand. 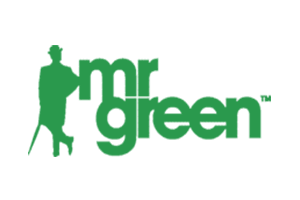 Mr Green is a casino that runs a lot of innovative titles in its live casino, including the exclusive Live Beyond Live Blackjack and a bunch of privately branded Mr Green Blackjack tables.

Knowing this, it was obvious that they would feature unlimited blackjack too. Mr Green chose to supply NetEnt Common Draw Blackjack for its live casino.

In our experience we actually found Mr Green’s version of this game slow to load and occasionally unavailable at all. Limits started at £0.50 and went up to £500 a hand.

Paddy Power offers the same two Playtech unlimited blackjack tables as Bet365, albeit with much bigger limits of £1 – £1,000 a hand.

Again, the Playtech interface is not quite as innovative and easy to use as Ezugi’s – but it serves a purpose. The football themed table did not add a lot to the experience but did look more professional than the usual Playtech table.

At one stage during our review, there were 30+ players on this one live blackjack table at Paddy Power. We hopped back to Bet365 to check there, and there were 20 players playing on the same stream there as well. That’s 50+ people on one table, which actually felt pretty crazy to us.

This does somewhat limit the interactivity between players and the live dealer however, as their attention may be split between dozens of players at once.

Limits on both of Paddy’s unlimited blackjack tables were £1 to £1,000 a hand.

Upon first try, we couldn’t get the Ezugi tables to work her either. However, here we got an error message explaining that the developer’s servers were down.

When we tried a few hours later, they worked. And, although the downtime was unfortunate, we actually found Ezugi’s Unlimited Blackjack Tables to the best we tried during our review. Jetbull also feature a developer search filter, which made their games easy to find.

The user interface is incredibly simple. Three bright buttons light up the centre of the screen, representing stick, hit and fold options.

We actually thought this was a uniquely innovative way of playing and enjoyed using it. The dealers at the tables we tried were quiet but professional – you could also tell there was focus picking particularly attractive live dealers. This wasn’t a problem for us, as long as they were efficient dealers first and foremost.

So which kind of live blackjack is better?

Honestly, it depends on your playstyle. If you like to think about your moves meticulously and carefully or play late at night or during other off-peak hours, then usual blackjack might be better for you.

However, if you can only play (like many people) at peak times then common draw or unlimited tables should make more sense. You’ll be guaranteed a seat and they also allow for speedy high-octane play, especially on the single-seat versions from Ezugi and NetEnt. The best tables probably came from Ezugi. However, they lose points for being unavailable a few times when we tried, and they aren’t always present at the more consistent and top-of-the-market casinos.