All About Counting Cards in Live Dealer Blackjack

If you are relatively new to live dealer blackjack, you may have heard about card counting. This guide is here to help you understand exactly what card counting is, and whether you should count cards when playing for real money at an online blackjack table.

What is Card Counting?

Let us start by thinking about the theory of card counting and how it works in its simplest form, rather than jump straight into card counting during a live blackjack game online. During a game of blackjack using a single deck of cards the house edge is virtually nil. This ensures that if you follow a strict strategy and are careful, over time, you will win and break even. With blackjack you will find that it is the only table game at a casino that provides players with such generous odds and it is for this reason that it is often the target of card counters.

Card counting put simple is a means of keeping a tally of cards as the dealer works his or her way through the deck. By keeping tally you can play with the same strategy, but have an idea of which cards are likely to come up in the next hand (for both you as the player, and the live blackjack dealer). Having that vital piece of information can help you to decide whether to bet small or to go large. If you have a higher number of low-numbered cards left in the deck you’re less likely to reach 21 points on the first two cards dealt and the dealer is less likely to go bust. Having higher-numbered cards predominantly left in the deck offers the likelihood of a more positive outcome for the reverse reasons. Counting cards won’t improve your odds by a massive amount, but over time it can make a difference.

When it comes to playing for real money with live blackjack dealers, how does counting cards actually work? There are several card counting strategies in existence with the High-Low system the most well-known and easiest for beginners to pick up.

Let’s take a look at a few of the different card counting techniques and systems that are in practice the world over.

Hi-Lo – The most commonly used of the card counting systems Hi-Lo was invented by Harvey Dubner in 1963. If there are high-numbered cards left in the deck the player is in a good position. Using a simple calculation to determine the ratio of hi to low cards is a great process that allows you to keep track of your chances at any given moment during a live hand of blackjack. 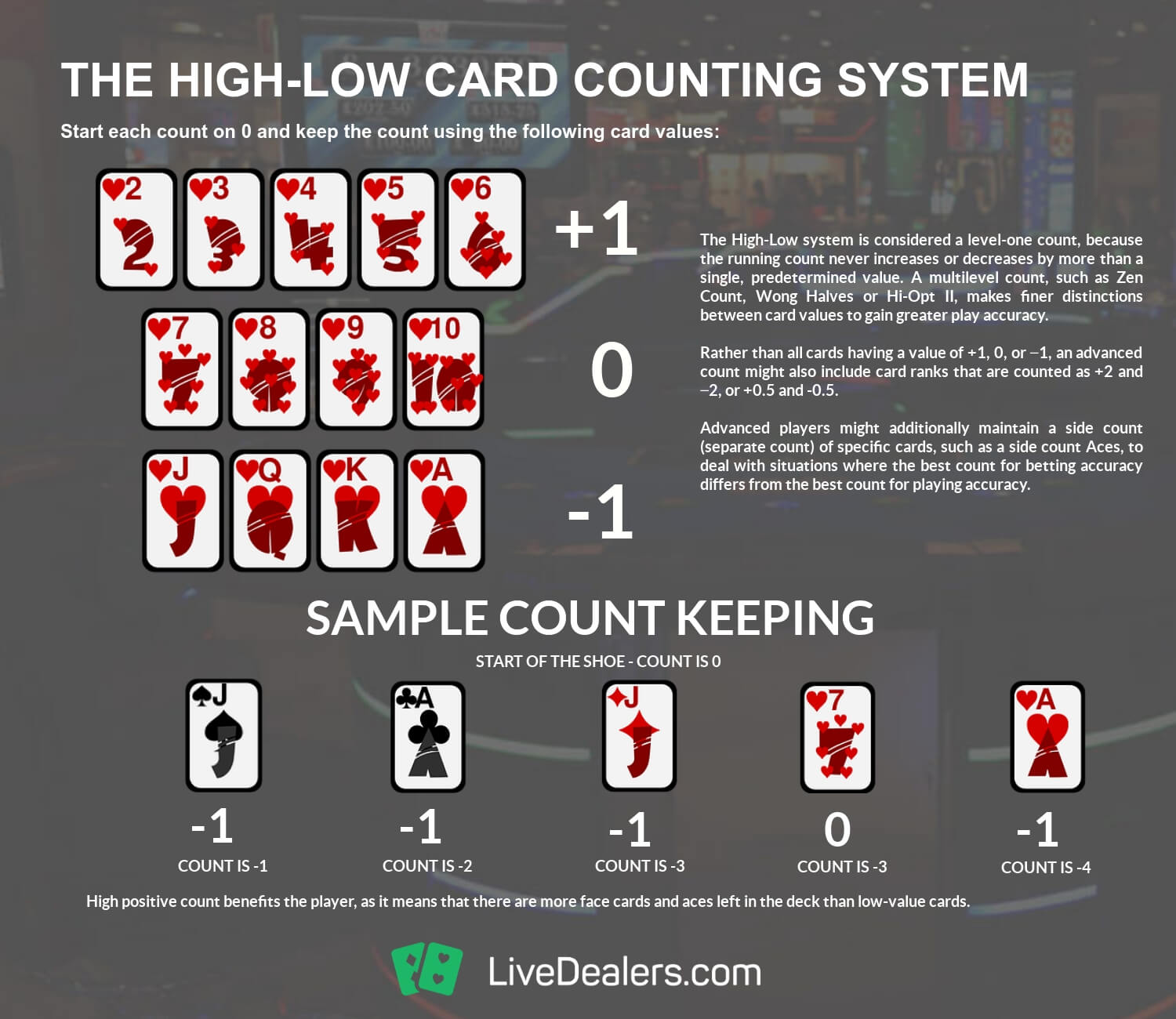 Try Live Blackjack at TonyBet - Click Here to Visit >>
* T&C's Apply to all bonuses. Must be 18+ to participate. Please gamble responsibly. Visit begambleaware.org for more details.

Kiss – In this system players will only count picture cards and any cards numbered between 3 and 6. When a black 2 is dealt, a player will add 1, for a red 2 the player counts 0. The Kiss system allows players to eliminate the stage of calculating true counts and it makes it faster for the player to determine remaining cards. The Kiss count begins with a positive number and as it reaches a certain point, players have an advantage over the dealer.

Red 7 – A system that is great for beginners to live blackjack or card counting. It was invented by Arnold Snyder, who wrote about the system in ‘Blackbelt in Blackjack’. Players keep an Initial Running Count starting at -2 for every deck in the game. Two, three, four, five, six and red seven are given 1. Ten, jack, queen, king, and ace are -1 with eight, nine and black 7 given 0. Points are added or subtracted and when a positive count is reached you can place a good bet.

KO System – The Knock Out system was first developed in 1992 and known to begin with as the All Sevens system. Not all cards in the deck are used as part of the KO count. Most cards are worth 1, creating an unbalance with the running count starting at 0. Two, three, four, five, six and seven are 1, eight and nine, assigned 0, and 10, Jack, Queen, King and Ace assigned -1. When you reach 2 or higher in your count the player is at an advantage. The overall end count is +4, rather than 0 when running through an entire deck.

Silver Fox – Developed by Ralph Stricker the Silver Fox count is perfect for beginners. Nine, the picture cards and ace all count as -1, with two, three, four, five, six and seven counting as 1. Keep count of each hand progressively and though crude compared to some of the other counting systems, it is easy to keep up with for amateurs.

Wonging in Live Dealer Blackjack – You may be familiar with a sign that some casinos place above a blackjack table that says ‘No Mid Shoe Entry’. What does this mean for live blackjack players? The warning sign is meant as a preventative tool against players from employing ‘Wonging’ as a tactic. Stanford Wong created the Wong Halves Count, which assigns -1, 0, +0.5, +1 and +1.5 to each card. In practice a player will watch a deal unfold and only enter the game actively when the card count reaches a positive number. There are two major benefits to Wonging. Without a bet spread and counting bet pattern it is difficult for the dealer to ascertain your motives, meaning that you can play aggressively from as soon as you enter the game. Also, as you are never betting on a negative deck, there is no need to place smaller bets to begin with, while waiting for the positive count.

When it comes to live online blackjack card counting doesn’t work. This is down to the mechanics of how a live dealer works at an online casino. The shoe is reshuffled every time it reaches half the shoe or less, ensuring that card counting tactics just do not work. You can try to keep track of cards whilst playing for real money with live dealers, but there is no way of knowing for sure if the deck has been reshuffled or not. With webcams and live streams becoming more standard in online casinos, it might be possible to card count, but it takes plenty of practice and skill, and there are no guarantees with the reshuffling of the deck even in these circumstances when playing live blackjack online.

Is It Legal to Count Cards Online?

Card counting isn’t illegal, and it isn’t cheating either. There is nothing wrong with counting cards, as you are not tampering with the deck in any way, you are not marking cards or swapping out decks to give you an advantage. Despite this it is something that casinos do not take kindly to. The house edge is low to begin with, and in some cases of live casinos, they do reserve the right to stop a player who has been card counting.

Why Learn to Count Cards and apply it?

Even though card counting doesn’t work when playing for real money with live dealers, it can be a fun way to strategically think about a game of blackjack. What we would say though, is that if you are inexperienced not to try card counting at a real life, physical casino as there may be repercussions if you get caught. Card counting can be fun, and even though it won’t make you a fortune as a neat fail-safe trick, it is always worth learning some techniques if only to learn more about blackjack as a game and to develop your own personal approach to live dealer blackjack. 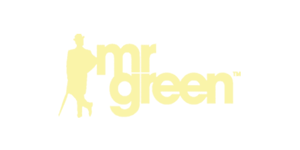 Visit Casino
* T&C's Apply to all bonuses. Must be 18+ to participate. Please gamble responsibly. Visit begambleaware.org for more details.