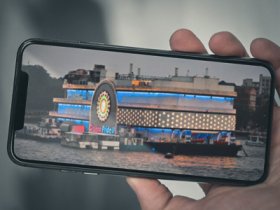 The government of the Indian state of Goa has decided to grant a twelve-month extension for the continued operation of off-shore casinos on the Mandovi River in Panaji. The casinos will continue to operate until October 1, 2022, and until then the government will have to figure out a way to move these operations on-shore.

The state government revealed that the home department had identified four sites where the casinos could have been relocated: one near Aguada jail, two on the banks of the Zuari river, and one near Chapora river.

However, the four sites were eventually discarded from the discussion as they were found “technically not feasible”, so the government was left with no alternative but to delay the decision of moving the casinos on-shore.

In fact, it is the government’s responsibility to offer alternate feasible sites to the casinos in order to have them move their operations from the vessels on the Mandovi river to physical locations on-shore.

Meanwhile, the Investment Promotion Board in Goa gave Delta Corp, the largest and only listed casino operator in India, the final approval for its project to build an entertainment hub which includes a land-based casino in Pernem.

The Indian company announced this project in December 2020, and it received formal approval from the authorities in the state of Goa. The integrated casino resort that would be built in the city of Pernem would become the first ever land-based casino resort in this state

Delta Corp revealed that the entertainment hub would include hotels, a convention center, a multiplex cinema, shopping facilities, a water park and, last but not least, a state-of-the-art casino.

The Indian company already has several operations active in the state of Goa, the company currently operates three shipboard casinos and one land-based venue at the five-star Deltin Suites hotel. Across the country, Delta Corp owns and operates six casinos, including off-shore locations.

A Very Important Industry For Goa

The importance of the casino industry for the state of Goa is immense, considering that the state government’s average annual earning in licence fees from casinos is estimated to be more than Rs 320 crore. In addition to that, the government earns approximately Rs 1,000 crore in taxes for other activities in complementary fields such as restaurants, hotels and tourist vehicles.

The offshore casinos on the Mandovi river also pay entry fees and local taxes to the Corporation of the City of Panaji and about Rs 25 lakh for licenses to the Excise Department of the state government. The Excise Department also gets a fee for every bottle of alcohol consumed in the casinos.

Casinos in this state were finally allowed to reopen in September, after four months in which they had to keep their doors shut due to restrictions related to the novel coronavirus pandemic.

Source: “Goa: With no alternative in site, offshore casinos given year’s extension in Mandovi“. The Times of India. September 30, 2021.