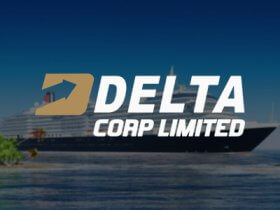 Delta Corp, the largest and only listed casino operator in India, has received approval from the Investment Promotion Board in Goa for its project to build an entertainment hub which includes a land-based casino in Pernem.

The Indian company announced this project in December 2020, and it received formal approval from the authorities in the state of Goa. The integrated casino resort that would be built in the city of Pernem would become the first ever land-based casino resort in this state

Delta Corp revealed that the entertainment hub would include hotels, a convention center, a multiplex cinema, shopping facilities, a water park and, last but not least, a state-of-the-art casino.

Delta Corp already has several operations active in the state of Goa, the company currently operates three shipboard casinos and one land-based venue at the five-star Deltin Suites hotel. Across the country, Delta Corp owns and operates six casinos, including off-shore locations.

Moreover, Delta Corp also has a strong online presence as it operates the online poker site Adda52.com along two other online gambling websites, one featuring rummy and the other fantasy sports.

Switching From Offshore To Land-Based

The Pernem project is an important part of the company’s plans to transfer its entire offshore operations onshore. The new integrated resort would feature an “electronic casino”, given the still existing government ban on table games in land-based venues.

The government has also been looking to move Goa’s floating casinos from the Mandovi River to land-based locations. Delta Corp’s investment could be a real game-changer for the gaming industry in the state, which would then potentially attract other similar investments.

“The integrated resort is expected to be one of its kind in the country,” a statement from Delta Corp read. “The project is expected to boost tourism, employment and infrastructure of the state of Goa.”

India is currently seen as one of the most promising gaming destinations in Asia. Despite various court challenges at state-level, online skill-based gaming is still legal in the country and developing rapidly.