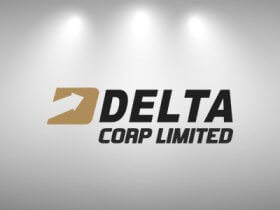 Delta Corp, India’s largest casino operator, has received provisional approval from authorities in the state of Goa to build an integrated casino resort in the city of Pernem.

This would be the first ever land-based casino resort in this state, and the plans include hotels, a convention center, a multiplex cinema, shopping facilities, a water park and, of course, a casino.

Delta Corp already has several activities in the state of Goa, they currently operate three shipboard casinos and one land-based venue at the five-star Deltin Suites hotel.

Overall, they own and operate six casinos in India, including off-shore locations, and the company also operates the online poker site Adda52.com. Moreover, Delta Corp has developed another two online gambling websites, one featuring rummy and the other fantasy sports.

The company issued a brief statement regarding the approval from the authorities in Goa: “The integrated resort is expected to be one of its kind in the country. The project is expected to boost tourism, employment and infrastructure of the state of Goa.”

This decision by the Investment Promotion and Facilitation Board could mark the beginning of a bigger move from the government in the state of Goa, allowing more offshore casino operators to develop their business onshore.

The government in this state previously pledged to create a dedicated gaming zone near the Mopa airport in the Pernem area, but the plans are far from concrete at the moment.

Two years ago, Jayev Mody, the Chairman of Delta Corp, insisted that the move to onshore casinos in Goa will change the industry and the state as well: “It is a win-win for everybody, for the government, for the people and for the industry. It makes a lot of sense.

If the government realises that there is a multi-billion dollar business out there in gaming — but it is all grey market or below the radar — and they tax it appropriately, it would all come into the organised sector and then the business can grow. It already exists. The market is there.”

Last month, Delta Corp released its financial report for the third quarter of 2020, with the bottom line severely affected by the coronavirus pandemic. The company announced that its total revenue for the quarter was 460.5 million rupees (around 6.2 million dollars), which represents a drop of 77.5% compared to the same period of 2019.

However, their shares rose by 3.16% to Rs 161.75 after the company announced it received regulatory approval for setting up the integrated resort in the state of Goa.