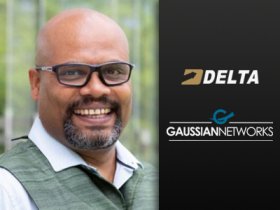 Delta Corp, the biggest casino operator in India, has appointed a new Chief Executive Officer of Gaussian Networks, the company which operates online poker and rummy platforms Adda52 and Adda52Rummy.

The new Chief Executive Officer of Gaussian Networks is Shivanandan Pare, who has been in charge of Adda52Rummy since July 2020. The new CEO has previously been the head of the new digital business at Aditya Birla Fashion and Retail Ltd. and has also served as chief operating officer of Bigadda at the Reliance Group.

Gaussian Networks was purchased by Delta Corp in 2017 and now it operates as a subsidiary of the casino and hospitality company. The acquisition deal was worth around 2.2 billion rupees.

That was the first step into online gambling for Delta Corp Limited, a company which owns and operates six land-based casinos in India, including off-shore locations.

Moreover, at the end of 2020 the company received provisional approval from authorities in the state of Goa to build an integrated casino resort in the city of Pernem.

This venue would be the first ever land-based casino resort in the state of Goa, and alongside the casino the plans for the resort include hotels, a convention center, a multiplex cinema, shopping facilities and a water park.

The online division of the company became increasingly important during 2020, when Delta Corp was forced to suspend its activities at land-based casinos for months during the coronavirus pandemic lockdowns.

In fact, the online division managed to produce a profit of 13 million rupees in the third quarter of 2020 while the entire company had a revenue drop of 77.5% compared to the same period in 2019.