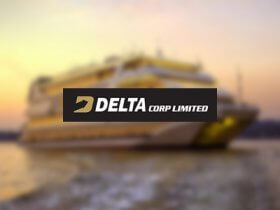 Delta Corp, the largest casino operator in India, has released its financial report for the third quarter of 2020 and the numbers are looking particularly grim. The company announced that its total revenue for the quarter was 460.5 million rupees (around 6.2 million dollars), which represents a drop of no less than 77.5% compared to the same period of 2019.

The reduced revenues led to a net loss of 549 million rupees for Delta Corp in the third quarter of 2020, a very different outcome than the profit of 590 million rupees that the company recorded in the same period of last year.

The financial results are largely due to the effects of the coronavirus pandemic, which led to all casinos in the states of Goa and Sikkim being closed for the entire third quarter.

Delta Corp Limited currently owns and operates six land-based casinos in India, including off-shore locations, and the company has also started investing in the online side of the casino gaming industry.

They have acquired Gauss Networks Private Limited, which operates the online poker site Adda52.com, and have developed another two online gambling websites, one featuring rummy and the other fantasy sports.

Getting Back to Normal

Last week the government allowed Delta Corp to reopen its casinos in Goa and Sikkim, but that measure came too late to have an impact on the financial report for the third quarter.

Along with the report, the company released a statement regarding the future of the business: “The general expectations are that normalcy could be gradually restored by the end of financial year 2020-2021, in March of next year.

The company and the entire casino industry in Goa have made a representation to the government of Goa, seeking a waiver / reduction / proportionate payment mechanism for the period of shutdown.

Due to the pandemic situation, the stress on the operations and the representations made, the management is hopeful that the government of Goa may consider its request favorably.”

Better Results for the Online Division

The online segment of Delta Corp continued to work fully during this difficult period, but the division only managed to record 449 million rupees in revenues. That is 21.8% less than in the second quarter of 2020, and just slightly more than they managed to get in 2019.

However, the online division did manage to produce a profit of 13 million rupees in the third quarter of 2020.