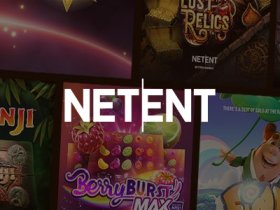 Award-winning provider of casino software and Swedish-based company – NetEnt – finished 2019 successfully. The operator saw a significant increase both on an annual and monthly level, writing another unforgettable year in the company’s history.

According to the report, Q4 revenues increased 10% to SEK 512 million, with SEK 96 million coming from Red Tiger acquisition. The total game win proforma from January 1 to February 10, 2020, increased 4.9 percent compared to the same time last year. The developer also recorded an increase in earnings before interest, tax, depreciation, and amortization (EBITDA), reaching SEK 261 million in the last quarter, with SEK 70 million coming from the Red Tiger deal.

The last quarter of 2019 saw NetEnt securing its cooperation with the Red Tiger company. The extended deal with will allow the leading Swedish developer to supply customers with a diverse casino offering and enhanced player experience.

Piggy Riches has also just been released as the best addition from the provider. Additionally, NetEnt recently disclosed its content aggregation service, NetEnt Connect with Red Tiger being the main supplier…

NetEnt continues to strengthen its position in the market. It makes additional efforts to integrate advanced live casino content and to deliver cost-effective solutions. It has also just unveiled its Auto-roulette studio for live table lovers. The addition comes with positive results and a growing number of users. The developer also plans to include physical tables, instead of tables with blue screen technology, which will contribute to the overall increase in live casino revenues.

The recent ICE Exhibition event was successful for the brand as well. It unveiled a brand-new jackpot system named Starburst Power Pots and popular games with the support of Gordon Ramsay, Street Fighter and Fashion TV.

“Since December, we have seen all-time highs in the number of players for our Live Casino, which supports our belief in growing revenues from this segment. Since the acquisition, Red Tiger has exceeded our expectations and now forms a vital part of our ongoing improvement efforts within the NetEnt Group. We see good conditions for NetEnt to deliver growth in 2020, supported by our combined game portfolio and Live Casino.”

NetEnt is a world-class provider of gaming products for casino companies. Since its establishment in 1996, the company has proved to be a pioneer in delivering innovative solutions. Currently, the brand employs about 1100 people in offices around the world including Malta, Stockholm, Sofia, Kyiv, Krakow, Gothenburg, Gibraltar, Isle of Man, London, and New Jersey. It is listed on Nasdaq Stockholm (NET–B).