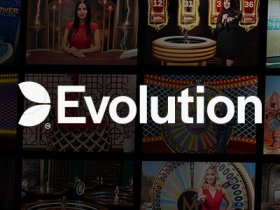 Evolution, the world’s largest supplier of live dealer games for online and land-based casinos, has announced that its live casino offering has now reached the American state of West Virginia.

That last title, Lightning Roulette, is also available in land-based casinos after Evolution signed an exclusive agreement with Scientific Games to make that happen. Under the terms of that deal, Scientific Games took Evolution’s award-winning Lightning Roulette live casino game and made it available as a showpiece physical game to be installed in land-based casinos all over the world.

Jeff Millar, Commercial Director for North America at Evolution, expressed his delight at entering the market in West Virginia and also declared himself confident that the players in this state would appreciate the live casino offering that the supplier delivers.

“Players in West Virginia have had access to our extensive slots offering from our group brand NetEnt for some time,” Jeff Millar added, underlining that the live casino titles bring “a new dimension of excitement” for online players.

Evolution made the first strong step into the United States market back in August 2018, when they opened a live casino studio in New Jersey. Then the company set up new live casino studios in Pennsylvania, Michigan and Connecticut.

The live dealer games that will be integrated in the offerings of online casinos in West Virginia will be broadcast from Evolution’s Pennsylvania studio, but if things go well the company might open a new studio in this state as well.

Evolution is no stranger to the Canadian market either, it had an agreement with the Ontario Lottery and Gaming Corporation, but as soon as the market opened to private operators in April this year, the supplier’s games went live with several licensed operators in the province.