ORYX Gaming Launches In U.K. With 888 And SkillOnNet 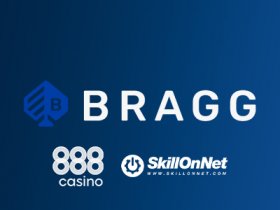 ORYX Gaming, the game developer owned by Canadian company Bragg Gaming Group, has reached landmark agreements that allow it to reach the U.K. market, the largest regulated online gambling market in the world.

The agreements were signed with 888, one of the largest online casino brands in Europe, and SkillOnNet, a company that owns and operates several successful online gaming franchises.

The deal for 888casino was signed just a few weeks after ORYX Gaming secured its supplier licence in the United Kingdom. Under the terms of the agreement, a selection of games from ORYX have already been included in the offering at 888casino, including in-house titles and products from GAMOMAT.

Bragg Gaming and 888 had been working together for quite some time, as content from ORYX had already been integrated into 888casino in several regulated jurisdictions in Europe.

A similar agreement was signed between ORYX Gaming and SkillOnNet, a powerful company that owns and operates online casino brands such as PlayOJO, PlayMillion, Slingo.com, SpinGenie and ZebraWins.

The difference is that the deal with SkillOnNet was not limited to the United Kingdom but included a number of key European markets, including Portugal, Spain, Sweden, Denmark, Germany and Malta.

A Market With Great Potential

ORYX intends to accelerate the expansion of its business in the United Kingdom in 2022 as the market offers great potential for growth. The total addressable market for the UK’s online casino sector in 2021 was approximately 5.5 billion billion dollars according to H2 Gambling Capital.

Bragg Gaming Group expects its plans for the near future will succeed in increasing the company’s total addressable market six times by the end of 2022, to more than 18 billion dollars.