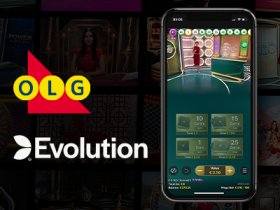 Evolution, the world’s biggest provider of live casino software and content, announced that its award-winning products have gone live on OLG.ca, the online casino operated by the Ontario Lottery and Gaming Corporation, the government-owned lottery and casino operator from Canada’s most populous province.

The live dealer games for OLG.ca are broadcast from Evolution’s state-of-the-art production studio located in Vancouver. Ontario is the fourth Canadian province to team up with Evolution, which has previously signed agreements with British Columbia Lottery Corporation (BCLC), Alberta Gaming, Liquor and Cannabis (AGLC) , and Loto-Québec.

Now the Ontario Lottery and Gaming Corporation will be able to include a vast array of Evolution live casino titles and RNG games, including the very successful iterations of Blackjack, Roulette and Baccarat. The live dealer games from Evolution will enrich an already solid offering on OLG.ca, which includes lottery, instant games and slot games.

As a result of the partnership, a wide range of Evolution-powered live dealer and RNG games are on offer including Blackjack, Roulette and Baccarat. Live dealer games are unique in the fact that players interact directly with real casino dealers via internet video feed. The live dealer games from Evolution appear alongside OLG’s current line-up of Lottery, e-instant and slot games.

Dave Pridmore, the Chief Digital and Strategy Officer of the Ontario Lottery and Gaming Corporation, revealed his company’s intention to “provide the best live dealer experience available”, and added that Evolution’s products provide both great quality and plenty of choice.

Jeff Millar, Commercial Director for North America at Evolution, added that this agreement further strengthens the company’s position on the Canadian iGaming market. This goal was envisaged right from the beginning by Evolution as the company built their live casino in Vancouver with the clear intention of servicing all the Canadian lotteries.

Evolution is a global company that develops, produces, markets and licenses integrated business-to-business online casino solutions. The company was founded in 2006 and it has grown into a powerhouse that services over 500 online casino operators around the world.

Last year, Evolution acquired NetEnt in a deal worth 2.3 billion dollars, adding their extensive catalogue of video slots to their portfolio. At the moment, Evolution employs over 11,000 people in their facilities located in Europe and North America.