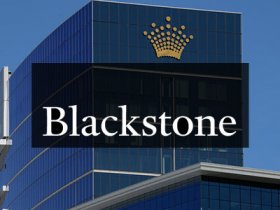 Crown Resorts, the biggest and most renowned owner and operator of land-based casinos in Australia, has cleared the final hurdle before being officially taken over by Blackstone Group, a powerful international private equity company.

The Federal Court of Australia issued its approval of the proposed acquisition and this represents the final step before the deal actually becomes effective. Crown Resorts had to lodge a copy of the court order with the Australian Securities and Investments Commission and also requested for its shares to be suspended from trading.

According to the terms of the deal, every Crown Resorts shareholder will get 13.10 dollars in cash per share starting on June 24, which is the implementation date of the takeover scheme.

The overall value of the acquisition offer is approximately 8.87 billion Australian dollars and it gained the acceptance of the Crown Resorts board in February 2022. Before that, Blackstone submitted a bid of 8.02 billion dollars in March 2021 and that attempt was rejected. Blackstone already owned 9.9 percent of Crown Resorts, a stake that was purchased from Melco Resorts & Entertainment Limited in April 2020.

Last month, the majority of shareholders in Crown Resorts voted in favor of the takeover offer. 92.05% of shareholders were present and voting at the meeting, and 99.91 percent of the votes cast supported the deal.

A Company In Trouble

The initial offer from Blackstone came at a very difficult time for Crown Resorts, when the company was faced with several inquiries. In February 2021, the Australian corporation was deemed unsuitable to operate a casino in Barangaroo, Sydney, after an investigation uncovered evidence of money laundering in its facilities.

Later in the year Crown Resorts was also found unsuitable to operate a casino in Victoria, as the investigation in that state ruled that Crown had engaged in “illegal, dishonest, unethical and exploitative” behavior.

Crown Resorts was also under investigation in Western Australia as its activities at Crown Perth came under intense scrutiny following the inquiries in New South Wales and Victoria. Crown Perth is a huge resort which features three hotels, a casino, a convention center with meeting rooms, along with 32 restaurants and bars. The casino offers around 2,500 coin-operated machines and over 300 gaming tables.