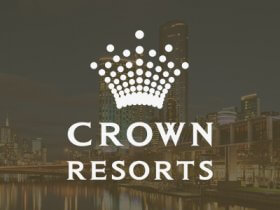 Crown Resorts, the biggest operator of land-based casinos in Australia, is set to become the property of Blackstone Group as the board of directors has decided to accept the latest takeover bid from the private equity firm.

The accepted bid is worth 8.9 billion Australian dollars and it was submitted by Blackstone in January 2022. Blackstone will pay 13.10 in cash per share, approximately 32 percent more than the closing price of Crown Resorts shares on 18 November 2021, the last trading day before the previous acquisition proposal from Blackstone.

In fact, that previous bid from Blackstone was worth 12.50 Australian dollars per share and it was rejected by the Crown Resorts board. The discussions between the two parties started in March 2021, when Blackstone offered a price of 11.85 Australian dollars cash per share to take over Crown Resorts. That bid was rejected and later the private equity group came up with an improved bid, offering 12.35 dollars per share, but that was turned down as well.

Blackstone already owns 9.9 percent of Crown Resorts, a stake that was acquired from Melco Resorts & Entertainment Limited, the giant Asian gaming group, in April 2020. The price per share at that time was just 8.15 dollars.

After having considered the latest bid, the Crown Resorts board issued a statement in which it unanimously recommended that shareholders vote in favour of the acquisition as long as any better offers don’t come along.

The shareholders meeting and vote is expected to take place in the second quarter of 2022. Ziggy Switkowski, the Chairman of Crown Resorts, insisted that the board and management is committed to “maximizing value for shareholders.” Australian billionaire James Packer, who owns 37 per cent of the company, will net 3.26 billion dollars from the sale

Crown Resorts owns and operates two of Australia’s leading gambling and entertainment resorts, Crown Melbourne and Crown Perth, along with the Crown Sydney resort which is not yet open for gaming activity, but has all the other amenities open.

The Blackstone proposal contains an implementation agreement, which obligates Crown Resorts to deal with its regulatory issues in Victoria, Western Australia and New South Wales. The deal contains terms and conditions such as the necessary approvals from relevant courts and gambling regulators.