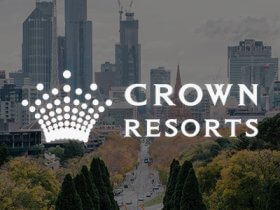 Crown Resorts, the largest operator of land-based casinos in Australia, has been found unsuitable to hold a casino license in the state of Victoria. However, the authorities allowed the company to keep its license for now and continue to operate.

The Royal Commission which investigated the activity of Crown Melbourne submitted a 652-page report to the Victorian government, giving a total of 33 recommendations which were all accepted.

Commissioner Raymond Finkelstein revealed that Crown Resorts did face the risk of having its Melbourne license cancelled, but the commission was more lenient after it considered that the company had already started a reform process. Moreover, the economic role of Crown Resorts in Melbourne was also an important factor in the decision.

Raymond Finklestein recommended that Crown Resorts should be allowed to continue operating their casino in Melbourne for a two-year period, a period during which the company will be under close scrutiny from an external monitor.

That firm will oversee all aspects of the casino’s operations and “keep a watchful eye on the progress of reform.” The commissioner also warned that the reform process for Crown Resorts “will be a tough test to satisfy” during the two-year grace period.

The numerous inquiries into Crown’s activities were triggered by an investigative report published by Australian media outlets, 60 minutes, The Age and Sydney Morning Herald, that was broadcast in 2019. The report uncovered instances of money laundering in the company’s casinos, as well as hosting VIPs with links to organized crime, drug trafficking, and sex trafficking rings.