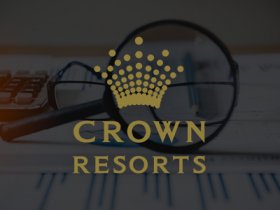 Crown Resorts, the most powerful land-based casino operator in Australia, faces a new set of difficulties as the authorities in Western Australia are about to launch an official investigation into the operator’s license suitability.

The investigation in Western Australia follows the example of the states of Victoria and New South Wales, who have already put Crown Resort’s license into question recently.

The company operates Crown Perth in Western Australia, a huge resort which features three hotels, a casino, a convention centre with meeting rooms, along with 32 restaurants and bars. The casino offers around 2,500 coin-operated machines and over 300 gaming tables.

The Western Australian government has announced that the casino’s license will be under investigation by a royal commission, which will be run by former Supreme Court judges Lindy Jenkins and Neville Owen, and former state auditor-general Colin Murphy.

The investigation is expected to cost the taxpayers around 5 million Australian dollars, and the royal commission will have to deliver an interim report by June. The final report will have to be ready by November, and then the government will decide whether Crown Resorts Limited is suitable to hold a casino license.

Until then, the Crown Perth casino will continue to operate under the supervision of Western Australia’s Gaming and Wagering Commission. Paul Papalia, the state’s Racing and Gaming Minister, said that there is no immediate threat of money laundering or inappropriate behaviour at this casino, and that is why the license was not suspended during the investigation.

Crown’s license to operate casinos is under investigation in Victoria as well, the authorities are looking into Crown Melbourne’s activities. A royal commission will be in charge of that inquiry, which will help decide whether Crown Resorts should be allowed to hold a licence to operate its casino in Melbourne.

The commission in Victoria will reveal its recommendations by 1 August 2021, and then the government will have to decide what to do next. Until then, Crown Resorts have released their financial records for the first half of the 2020-2021 fiscal year, and they show a loss of 120 million dollars.

The inquiry found evidence that the company’s facilities and accounts were used for money laundering. The report stated that Crown Resorts was deemed unsuitable to operate a casino at Barangaroo in central Sydney, even though the company invested 2 billion dollars in that development.