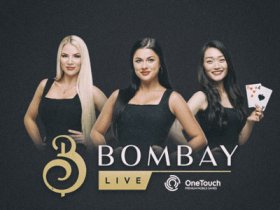 OneTouch, the well-known developer of online casino games for handheld devices, has announced the launch of Andar Bahar, a new live casino title that is expected to boost the supplier’s portfolio.

The live casino supplier was established in 2020 following a partnership between OneTouch and Bombay Club and operates under the Bombay Live brand. Bombay Live has already launched several live casino titles such as Roulette, Baccarat and Blackjack.

The live casino studio was established in partnership with the Bombay Club High Roller Studio, offering a real luxury casino atmosphere while maintaining a mobile-first approach.

Andar Bahar is the first Indian-themed title that Bombay Live releases, and more could come in the not so distant future. Andar Bahar is a very simple yet very popular game, it is easy to follow and extremely easy to play.

In the variant offered by Bombay Live, the players can also choose the suit, number or whether the card will be odd or even. Moreover, the online version developed by OneTouch includes auto play and side bet features, giving players more control over the gameplay.

A Popular Title For All Live Casino Providers

Andar Bahar originated centuries ago in the Southern parts of India, but now it has become a well-known game all over the world. In fact, most live casino supplies have decided to include this game in their portfolio.

There is a variant of Andar Bahar offered by Pragmatic Play, the renowned international supplier of live casino games and online slots. Moreover, TVBET launched its own version in 2021, and then even released an updated version in February 2022.

BetGames.TV, the famous international supplier of live dealer and betting games, also launched a live version of Andar Bahar in April 2021. Taago Tamm, Chief Product Officer for Bombay Live, described Andar Bahar as “a popular title that offers a simplistic way of playing” and added that it ensures “high levels of player engagement and retention.”